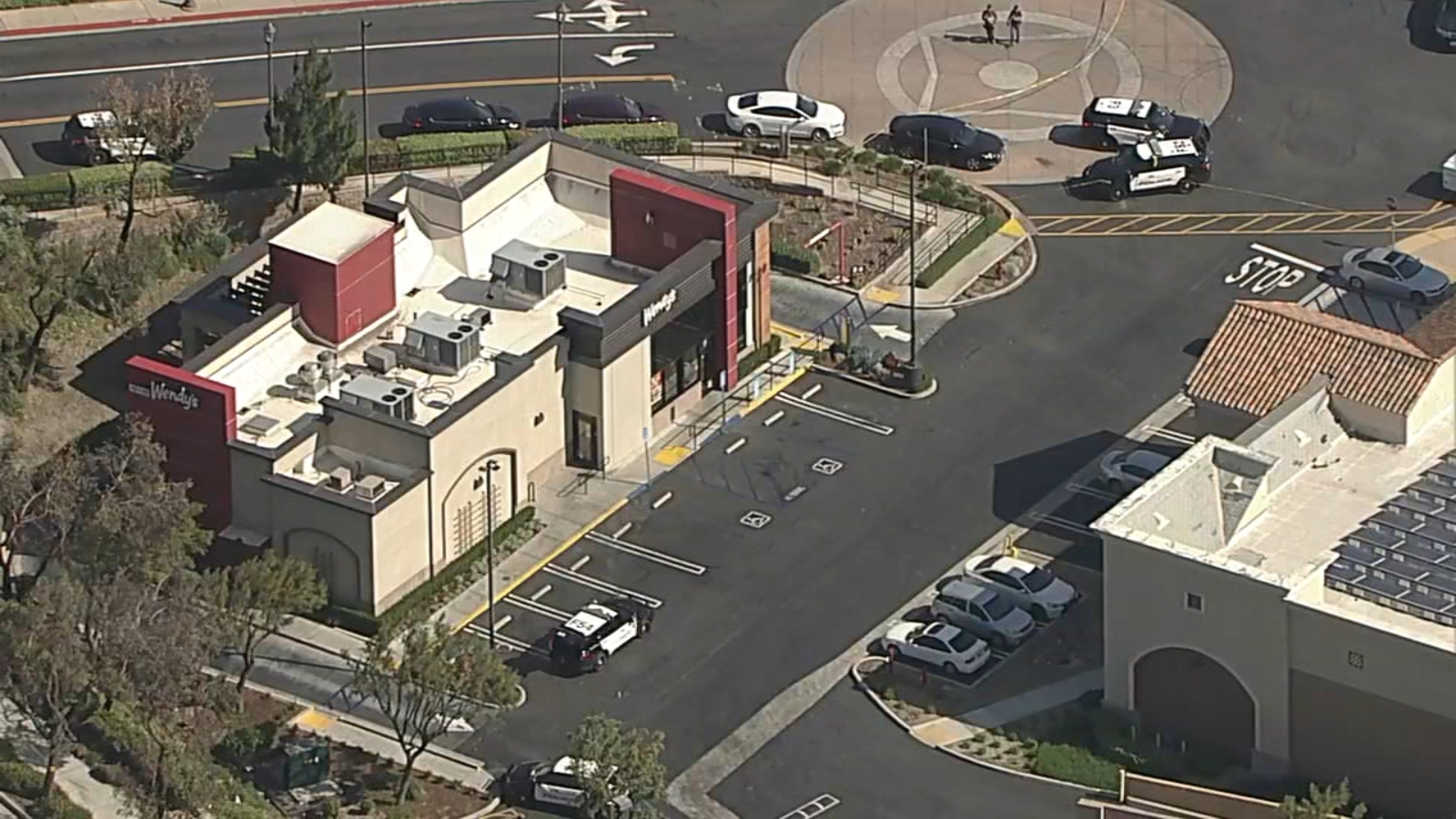 FONTANA, Calif. (KABC) — A suspected bank robber is dead after a confrontation with police that ended in a shooting outside a popular fast-food restaurant in Fontana Thursday afternoon, officials said.

Officers responded to the 15100 block of Summit Avenue just before 1:30 pm for reports of an armed bank robbery at Bank of America, according to the Fontana Police Department.

The agency says witnesses saw the suspect flee the bank and go across the parking lot into a Wendy’s restaurant, and when responding officers arrived, they confronted the suspect as he was coming out of Wendy’s.

At some point during the confrontation with police, an officer-involved shooting occurred fatally injuring the suspect, officials said.

It’s not clear what sparked officers to open fire.

The suspect, who has not been identified, died at the scene. A handgun was recovered, according to police.

“The suspect could have taken hostages, and that’s something that the officers were concerned with when he actually made it into the restaurant,” said Fontana police officer Daniel Romero. “We were very lucky in today’s incident. Everything went our way. Any little thing that could have changed, could have caused an innocent person to get hurt.”

No officers were injured in the incident.

The investigation is ongoing.