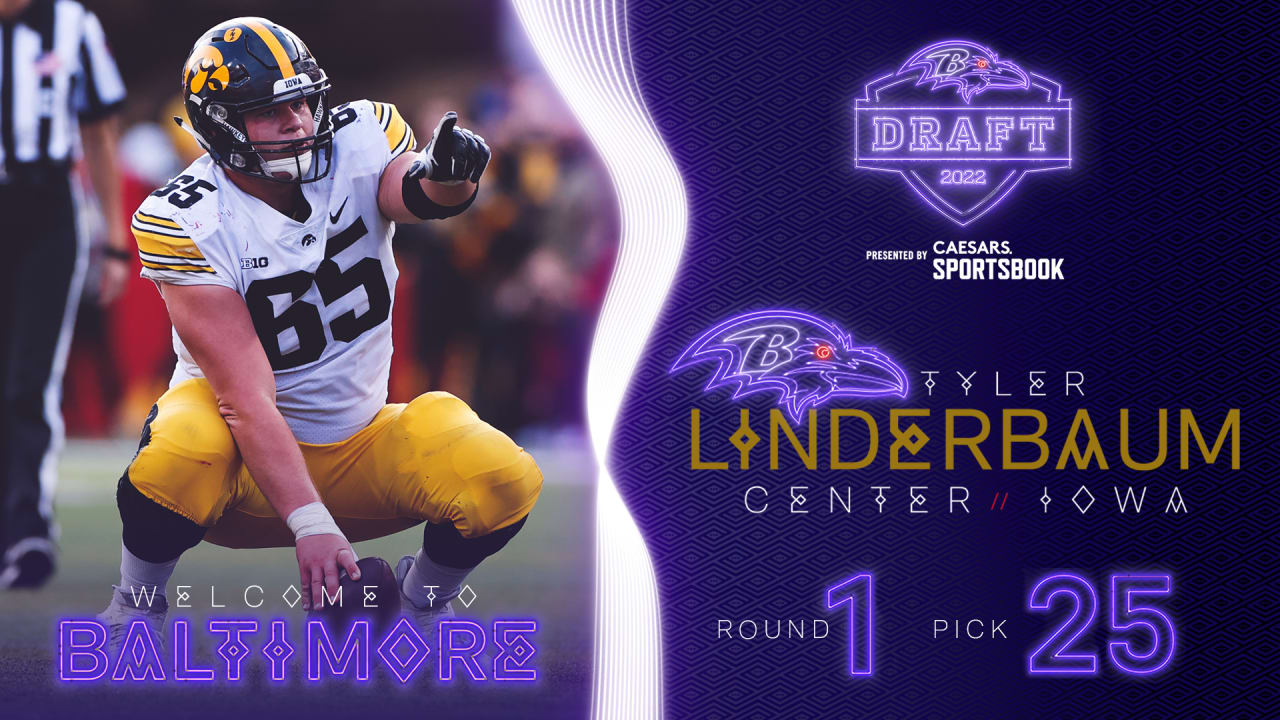 He Could Be Baltimore’s Next Starting Center

Spending a first-round pick on Linderbaum means the Ravens think he can be a plug-and-play replacement for Bradley Bozeman, who signed with Carolina during free agency. The Ravens have two other players who can compete for the starting center job – Patrick Mekari and Trystan Colon.

Having a strong offensive line is extremely important to a Baltimore offense that is committed to the running game. In 2019 when the Ravens went 14-2, they had perhaps the best offensive line in football featuring Yanda at right guard, All-Pro left tackle Ronnie Stanley and Pro Bowl right tackle Orlando Brown Jr. who is now with the Chiefs. Morgan Moses has been signed to play right tackle, and the Ravens hope Stanley makes a complete recovery from his latest ankle surgery. With the addition of Linderbaum, Baltimore’s offensive line will look dramatically different in 2021.

His Size Has Caused Debate

The Ravens prefer big, physical offensive linemen and Linderbaum is a smaller prototype by NFL standards, listed at 6-foot-2, 296 pounds. In their mock draft earlier this month Mel Kiper and Todd McShay had Linderbaum falling out of the first round to Jacksonville with the 33rd-overall pick.

“He’s an undersized guy, and that’s the debate,” Baldinger said on “Good Morning Football.” “You’re going to give up something against the massive nose tackles and big people in front. But if you’re in an even front … he’s the best. Double-teaming, getting to the second level. You want to run the ball , you’ve got to get to the second level, get the linebackers blocked. He does that. He’s a tremendous athlete. And he’s a wrestler, so he knows how to use his leverage, he gets underneath people. There’s a lot of good things about him. He’s not getting out of the first round.”

He is one of Next Gen Stats’ seven “Can’t Miss Prospects” for 2022, a list that also includes Aidan Hutchinson of Michigan, Evan Neal of Alabama, Ahmad “Sauce” Gardner of Cincinnati, Kayvon Thibodeaux of Oregon, Ickey Ekwonu of NC State and Breece Hall of Iowa State.

Linderbaum grew up in Solon, Iowa, which has a population of 3,018, according to the 2020 census. Linderbaum is already the most famous person from Solon and he grew up wanting to play football at Iowa, growing up just 15 minutes from the campus and attending games regularly.

As a high school wrestler, Linderbaum was a 220-pound heavyweight who often competed against opponents who outweighed him by 30 pounds. In one match, he pinned Buccaneers NFL offensive tackle Tristan Wirfs, who is much bigger. Linderbaum believes that wrestling experience has helped him immensely as an offensive lineman. He was also a top high school track and field athlete in shot put and discus.