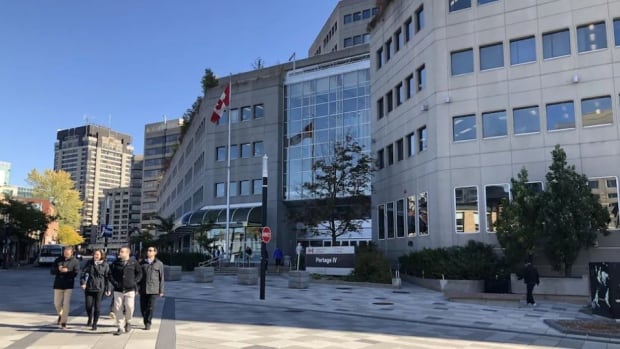 The federal government plans to launch a “strategic policy review” of how the public service does its work in a post-pandemic era, an initiative that could have ramifications for federal workers in the national capital region.

Thursday’s budget signals that the federal government is moving past pandemic-era spending — the wage subsidy is ending this fiscal year, for example — while also looking at how COVID-19 could reshape how the government delivers its services.

Allowing federal public servants to work from home more permanently and potentially selling off federal buildings could aid in the government’s effort to save as much as $6 billion over five years.

The budget proposes the government find ways to save money in the areas of “real property, travel, and increased digital service delivery.”

Jennifer Carr, president of the Professional Institute of the Public Service of Canada (PIPSC), said cuts to the federal bureaucracy — under the leadership of former prime minister Steven Harper — are still raw.

“We have serious questions on what exactly they’re planning to do in terms of cutting,” she said, adding she hopes public servants will be consulted on the process.

“We definitely don’t want to see something like the Harper era where they went across the board and did 10 per cent cuts everywhere.”

Many federal office buildings in downtown Ottawa remain nearly empty as civil servants continue to work from home, and the budget document suggests that going forward, workforce strategies could include “more virtual or remote work arrangements”.

“These efforts would target savings of $6 billion over five years, and $3 billion annually by 2026-27,” according to budget documents.

A comprehensive “strategic policy review” would be led by Mona Fortier, president of the Treasury Board and MP for Ottawa-Vanier.

Carr said it’s possible the review will — in-part — focus on the government selling buildings or ending leases on office space that is currently sitting empty.

“We really want to make sure that the strategic review, that it has the least effect on Canadians, the services to Canadians, and on our ability to provide those services on their behalf,” she said.

This review would also assess “program effectiveness” in meeting other priorities like economic growth, inclusiveness, and the fight against climate change.

In the meantime, there’s new proposed spending and programs aimed to start this year in other federal departments and agencies: