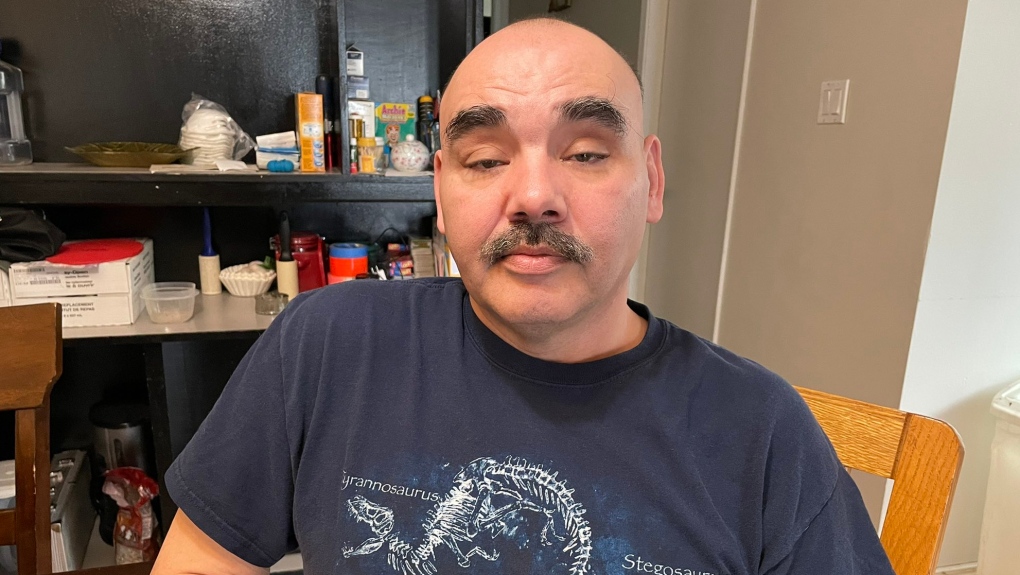 He says he was bear sprayed twice, had a gun waved at him and was attacked with a knife – and that was just in the first seven weeks of working security for Edmonton Transit Service.

A local man is opening up about his experience and he showed off a bag of paperwork to back up his claims.

CTV News Edmonton has agreed not to name him for safety reasons. He’s been in the security industry for decades and was recently hired, through a contractor, to watch over LRT stations.

“The city just wants us to observe and report,” he said. “It is the worst because we are not allowed to do anything.”

He tells of the time he attempted to protect a lady who asked a man to stop vandalizing city property.

“She had said something to him about smartening up. And he goes, ‘You want to say that?’ And next you know he bear sprayed her. I actually tried to stop him and I got a short burst in the face,” he recalls.

He also says he saw a gun on the job.

“It was real and it was loaded.”

And he said he was once attacked with a knife.

“If it wasn’t for my vest, he would’ve stabbed me.”

Administering NARCAN for people experiencing an opioid overdose or poisoning was also a several-times-a-day occurrence, he claims, particularly during the night shift.

“After 0130 you’re not doing security anymore, you’re babysitting. You have to watch these people.”

He said not all of the people he dealt with were experiencing homelessness, but believed a lot of them were gang members.

When he contacted CTV News Edmonton about what he was experiencing, he said: “I was suspended and I had been removed from all ETS sites.”

His employer said he was not suspended for those reasons, but a spokesperson would not elaborate further.

The security guard hopes to go back to work, but he has some changes he wants to see.

Those include: only allowing people who buy train tickets into the stations, stronger enforcement around loitering rules and security guards teamed up with peace officers in large numbers.

CTV News Edmonton reached out to the City of Edmonton for a specific response to this story.

On Thursday, the mayor released a statement on transit safety and said 21 new Transit Police Officers are in the process of being hired.

“Let me be clear – illegal activity is not welcome on our transit system. There is no tolerance for violence or threatening behavior,” Amarjeet Sohi wrote.

He added he believes the root causes of crime in and around transit centers are complex and require more help from the provincial government to address.