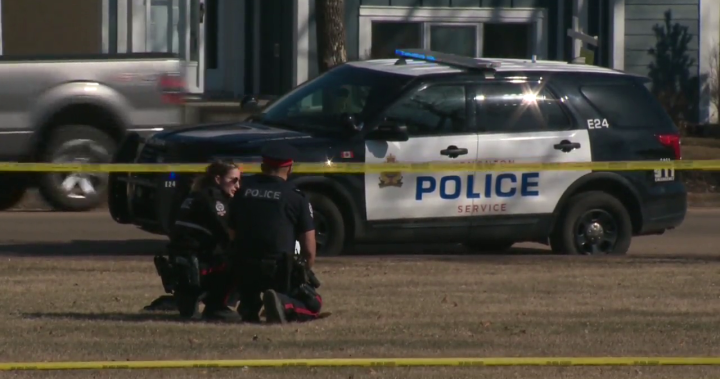 The Edmonton Police Service is urging members of the public to avoid identifying the youths accused in the fatal stabbing of a 16-year-old student at McNally High School.

Police say members of the public are also posting online the names of teens they believe were witnesses.

“EPS understands that the homicide of the 16-year-old male outside of McNally High School continues to weigh heavily on many students, families and our community at large,” the police department said Thursday.

“While we recognize that this continues to be a difficult time, the EPS must point out that publishing the identity of any accused and witnesses in such matters is a criminal offense under the Youth Criminal Justice Act,” Acting Supervisor of the media relations unit, Cheryl Sheppard, explained.

“We ask that anyone who has published identifying material of this nature to delete/remove it immediately.”

The EPS said it will be investigating allegations of “unlawful publication.”

Police are also asking people to be aware that there is misinformation circulating online about this incident and those involved. EPS says citizens should “take this into consideration” when reading information online from “unofficial sources.”

“As a police service, our priority is to uphold the law and ensure the safety and wellbeing of all Edmontonians,” Sheppard added.

Seven youths — six boys and one girl ranging in age from 14 to 17 — were charged with second-degree murder in the death of Karanveer Sahota.

The youths cannot be named under the Youth Criminal Justice Act.

Sahota, 16, was assaulted outside of McNally School on Friday, April 8. He died of his injuries a week later. An autopsy revealed Sahota died of a stab wound to the chest.

2:16
Hundreds attends funeral of Edmonton teen killed in violent assault outside his school