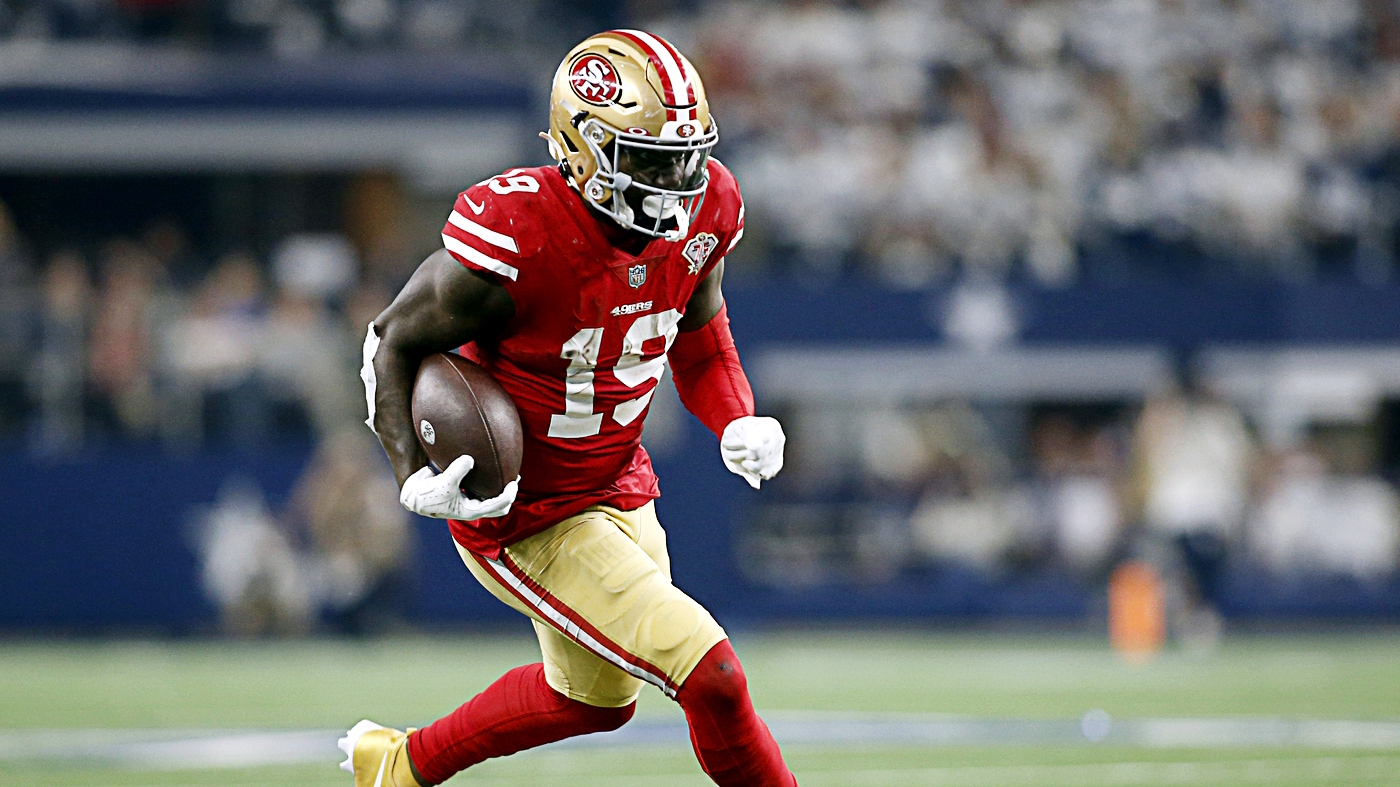 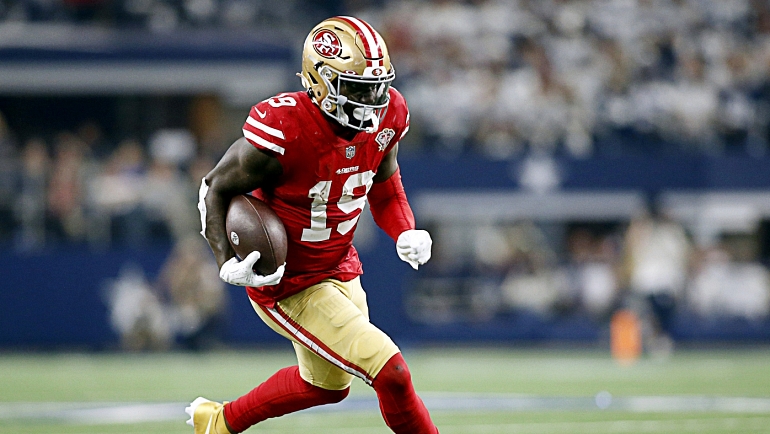 For weeks it’s appeared that Deebo Samuel has wanted out of San Francisco, reportedly due to a difference in both average annual salary and guaranteed money in a proposed contract extension, leaving uncertainty on whether the receiver would play another snap for the organization.

On Thursday, some optimism was provided as Samuel remained a 49er past the first round of the draft, while his fellow third-year wideout AJ Brown was traded from the Tennessee Titans to the Philadelphia Eagles for a first-rounder and a third-rounder.

Brown then signed a four-year, $100 million extension with his new club, including $57 million guaranteed.

Now, with Samuel still on the 49ers’ roster, it’s unlikely that he’s moved in 2022, as the intrigue of 2023 draft picks doesn’t help the team compete in the immediate window, which was the primary reason that San Francisco elected to go the road of a rookie quarterback.

Additionally, with salary being a primary dispute, AJ Brown brings the market down once again, as he didn’t reset the market on either average annual value(Tyreek Hill at $30 million) or total guarantees(Tyreek Hill at $72.5 million).

While the 49ers will likely have to top those numbers for their star receiver, it’s now a more financially manageable task that has time to complete, with the ranges of $60-65 million guaranteed sounding like a realistic target.

The opinions within this article are those of the writer and, while just as important, are not necessarily those of the site as a whole.

Nobody’s perfect. Did you find a mistake in this article?
Report it. 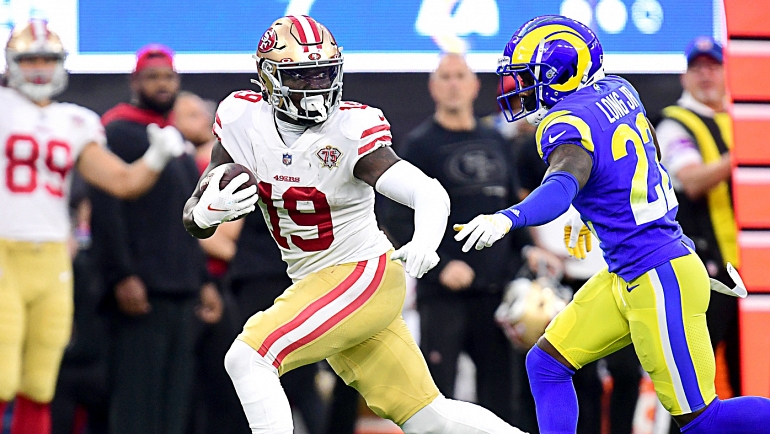 How does the AJ Brown extension affect Deebo Samuel and the 49ers?

The draft has been a complete whirlwind in the first round, as there have been not one, but two major wide receiver trades, as the Tennessee Titans traded AJ Brown to the Philadelphia Eagles for a first and third round pick, while the Baltimore Ravens traded receiver Marquise Brown to the Arizona Cardinals for the 23rd pick in the first round. The Eagles finalized an extension with Brown, to the tune of a four-year, $100 million deal with $57 million guaranteed. With Samuel ultimately expected to get an extension, how does the AJ Brown extension affect his potential contract? Brown’s extension brings the market back to equilibrium, as it lowers the guaranteed money from Tyreek Hill’s $72.5 million in total guarantees to the $57 million that Brown 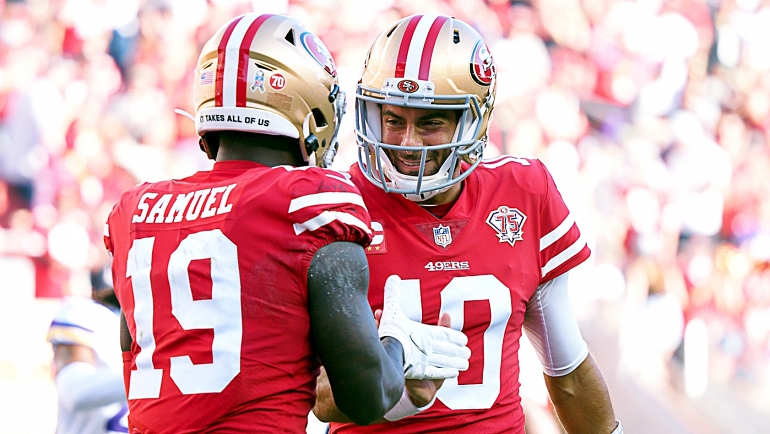 49ers’ Jimmy Garoppolo says Deebo Samuel will get his money ‘one way or another,’ provides shoulder update

The San Francisco 49ers are looking to trade quarterback Jimmy Garoppolo. The 49ers hope to avoid trading wide receiver Deebo Samuel. One would probably prefer to stay on the roster if the team hadn’t drafted his replacement, Trey Lance, a year ago. The other seemingly wants out. News broke on Wednesday that Samuel had requested a trade from the 49ers. The two sides had been discussing a contract extension for the versatile receiver who lined up at running back last season, delivering eight rushing touchdowns—an NFL single-season record for a wide receiver. Samuel’s camp has reportedly halted those contract talks. On Thursday, Garoppolo broke his offseason silence and spoke with Sirius XM NFL Radio about his 49ers teammate and what a team would be getting 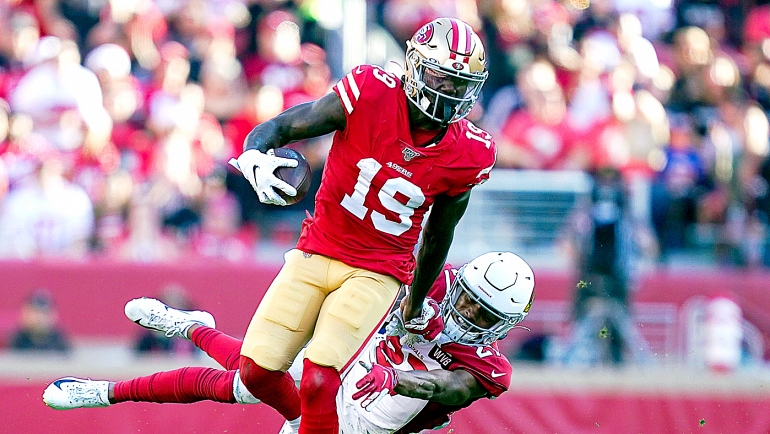 If the San Francisco 49ers trade wide receiver Deebo Samuel, it will likely happen before or during the first-round of the 2022 NFL Draft, which kicks off on Thursday night. That’s when the team can get the most value for him. On Wednesday, Tony Pauline of Pro Football Network reported that the New York Jets remain the front-runners to acquire Samuel and are looking to prepare a trade package that they hope will blow the 49ers away. “Everyone says that Kyle Shanahan would like to keep Deebo Samuel, but again, the feeling is what the Jets will offer—as they said in The Godfather—the Jets are going to make the Niners an offer they can’t refuse,” said 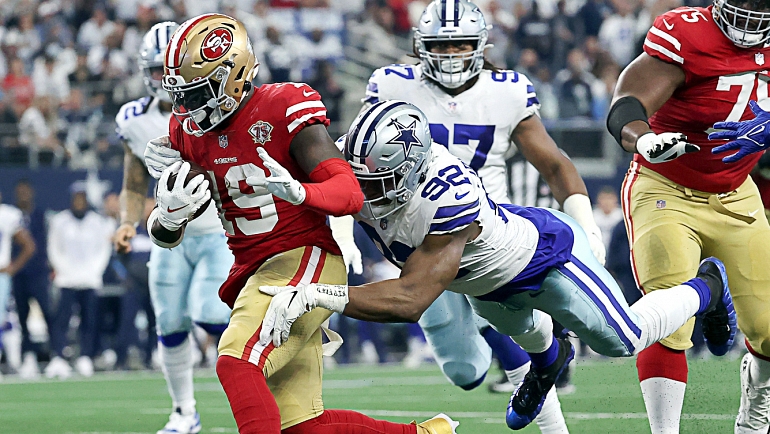 Tannenbaum: Keep an eye on this potential draft-day trade for 49ers’ Deebo Samuel

On Wednesday, Rich Eisen suggested that the New York Jets offer the No. 10 overall pick for disgruntled San Francisco 49ers wide receiver Deebo Samuel. NFL executive turned ESPN analyst Mike Tannenbaum sees that as a real possibility. Although, if it happens, he expects the exchange to occur during the first day of the draft, with the Jets on the clock. Samuel has reportedly requested a trade. NFL Network insider Ian Rapoport reported that his do-everything role in 2021—ironically, what has made him so valuable—is part of the reason he wants a divorce from the