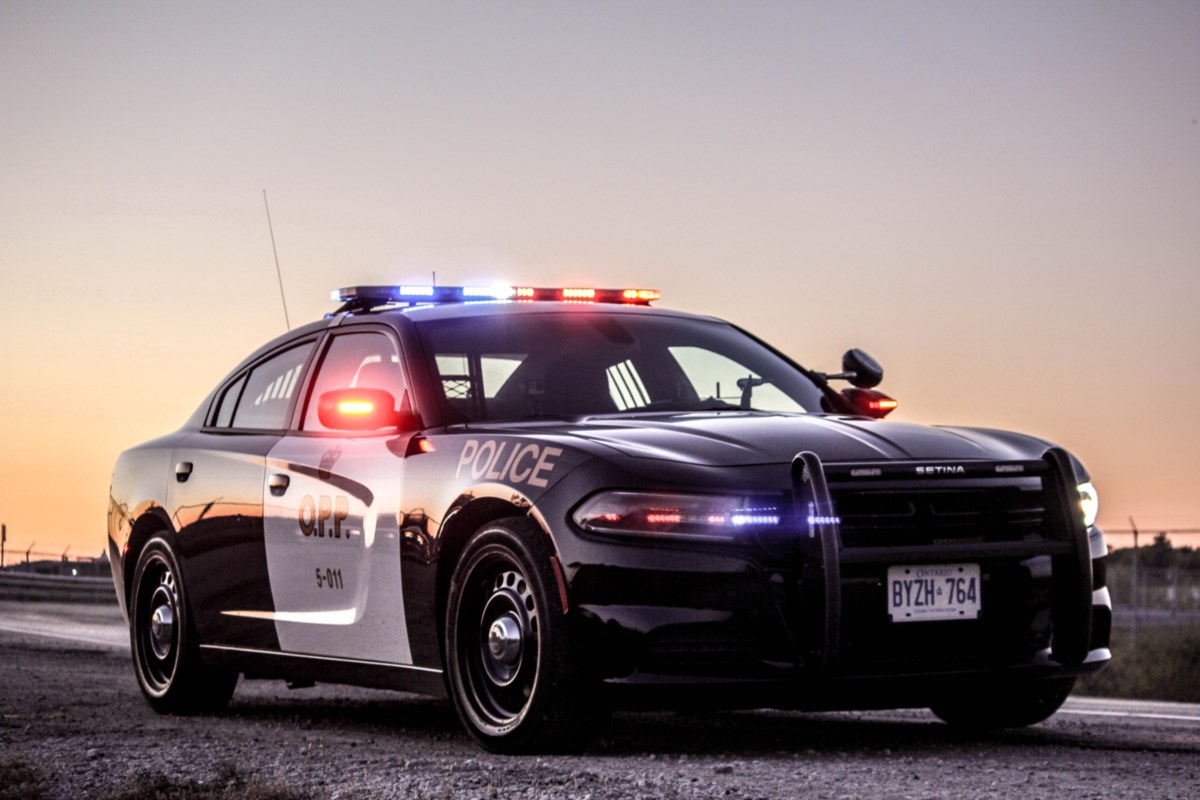 Police say they responded to an assist call from East Algoma OPP around 2 pm yesterday after a driver was spotted leaving Thessalon driving erratically at excessive speeds.

At around 3:09 pm, police say they spotted the vehicle driving erratically and hitting the shoulder of the road. The driver then collided with the parked police cruiser before driving off.

With the assistance of Batchewana First Nation Police Service, the damaged pickup truck was stopped and as a result, Alexander Ciotti-Carpentier of Sault Ste. Marie was arrested and faces multiple charges (listed below).

For more information, see the full release as follows:

At approximately 3:09 pm, OPP observed the suspect vehicle driving erratically and hitting the shoulder. The pickup truck made a left turn at the intersection of Highway 17 and Highway 638 where an OPP vehicle was parked. The pickup truck collided with the cruiser and continued on Highway 638 towards the Town of Echo Bay. With the assistance of Batchewana First Nation Police Service, the damaged pickup truck was stopped on Church Street.

While arresting the driver, officers determined alcohol had been consumed. The driver was subsequently arrested and transported to Sault Ste Marie detachment. Police located open liquor, drug paraphernalia, a loaded sawed off shot gun, and gun parts in the vehicle.

As a result of the investigation, Alexander Ciotti-Carpentier, 29 years-of-age from Sault Ste Marie was charged with:

The accused appeared before the Ontario Court of Justice in Sault Ste Marie on April 28, 2022 and was remanded into custody.