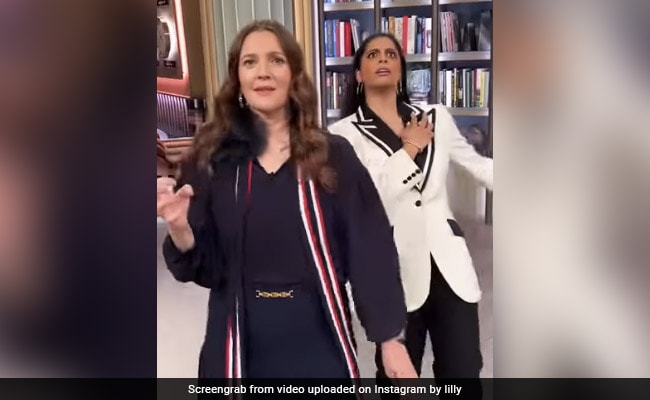 Drew and Lilly in a still from the video. (courtesy: lilly)

When a Hollywood A-lister and a popular YouTuber groove to an old Bollywood song, the video is bound to go viral and it so did. So Drew Barrymore and Lilly Singh recently danced to the Bollywood track Chura Ke Dil Mera and they caught everyone’s attention, including the two stars that featured in the original song – Shilpa Shetty and Akshay Kumar. Akshay Kumar reacted to Lilly and Drew Barrymore’s rendition of the song from the 1994 film Hand Khiladi Tu Anari and wrote in the comments section: “This is all…” adding a heart emoji. Shilpa Shetty gave a shout out to Drew and Lilly on her Instagram story and she wrote: “Drew-ling over this one. This is so cool.” 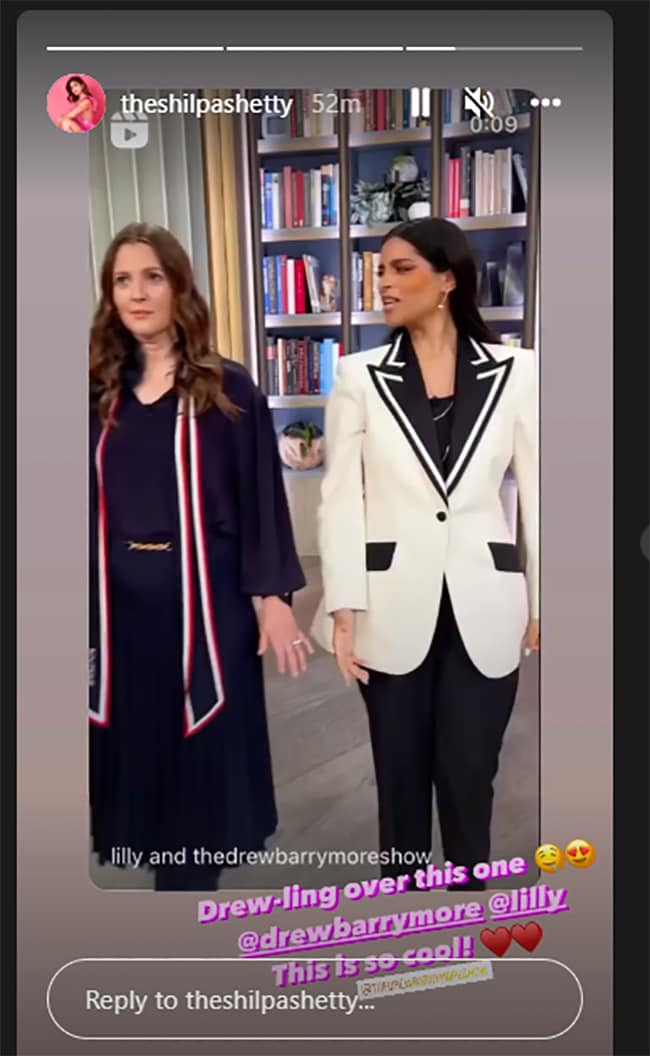 The comments section of the post was filled with whole lot of love. Filmmaker Karan Johar wrote: “Love love love this.” Frieda Pinto wrote: “Omg!!! This IS EVERYTHING! Best thing I’ve seen in a long time.” Actor Kal Penn commented: “Hahaha amazing.” Another comment on the post read: “This is so iconic.” An Instagram user added, “This is officially the best thing I’ve ever seen in my life.” “Drew Barrymore lip sync on dot,” added another fan.

Sharing the video, Lilly Singh wrote in her caption: “Finally met Drew Barrymore and she legit stole my heart. Also, didn’t she nail this?! Ugh. A queen. I had an absolute blast on The Drew Barrymore Show today. Fun fact, Drew and I met virtually during the pandemic and instantly became textually active friends, BUT this was our first time meeting in person. It was magical and real and she can keep my heart forever.”

Drew Barrymore is a star of popular films like Charlie’s Angels, ET and romcoms like Blended, Never Been Kissed, He’s Just Not That Into You, 50 First Dates, Miss You Already, The Wedding Singer among many others.