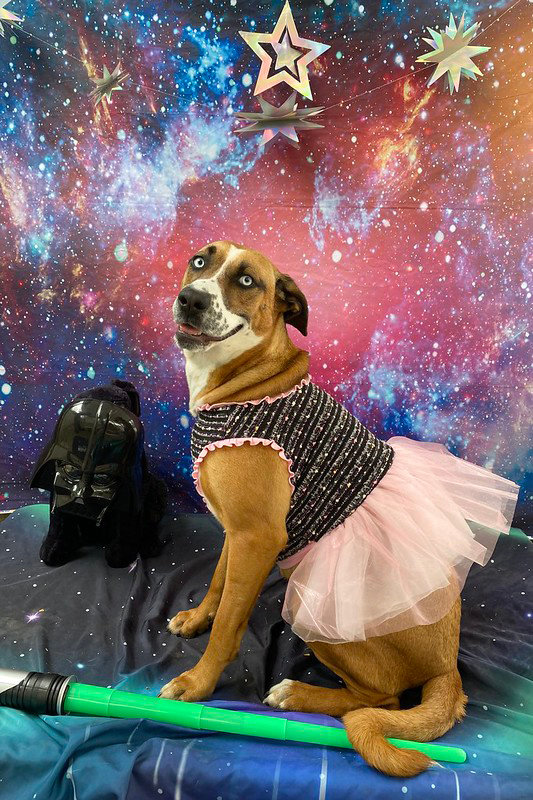 Holiday House Pet Resort & Training Center held its annual Dog Prom fundraiser on Thursday, May 12. Clients of the dog daycare program received an official prom portrait of their dog for a donation to the nonprofit wildlife rescue organization as part of the special event.

The Wilderz Wildlife is a nonprofit animal rescue. The organization was officially formed in January 2022 by Janine Tancredi and Susan Downing. Its mission is to provide rescue and rehabilitation to wildlife needing care, and establish educational resources and programs for the public.

The Wilderz Wildlife volunteers work with the Pennsylvania Game Commission Capture and Transport and WIN (Wildlife In Need) groups. They have certifications in wound care, fluid therapy, medical intake, raptors, and threatened and endangered animals.


This month the organization was scheduled to take the PA Game Commission permit test to be recognized as a formal wildlife rehabilitation organization.

The dog daycare prom theme was a celebration of “Star Wars”: May the Force Be with You. The event was a galactic celebration. Tulle skirts, bow ties and garments of the Jedi Order ruled the canine universe. The dogs enjoyed a day of friendship, enrichment and fun. The pet parents enjoyed complimentary snacks and sips at the Prom After Party during daycare dismissal and pickup hours. Every dog ​​received a star-shaped gourmet biscuit by Brewscuits in Telford.