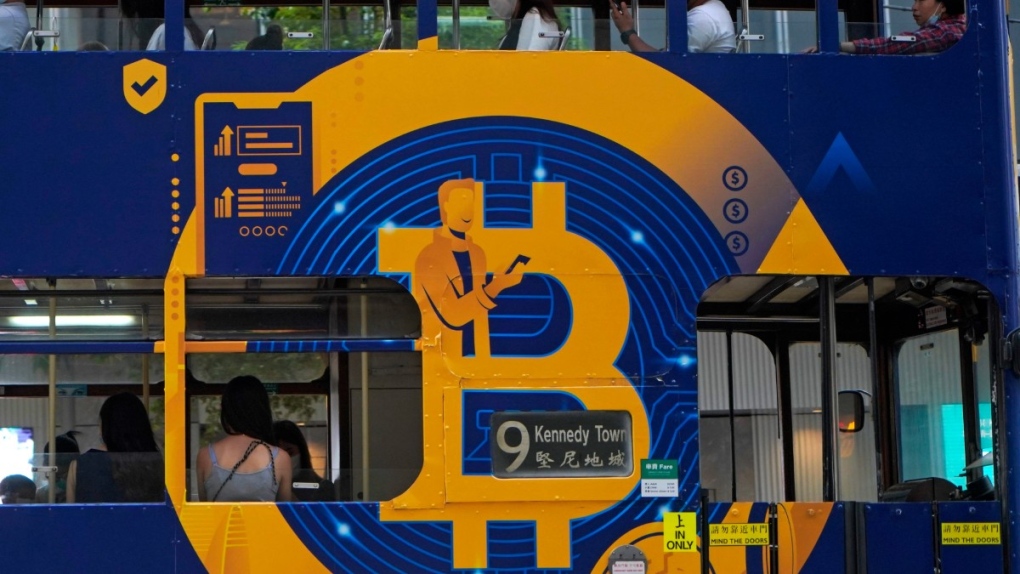 As a new survey shows growing interest in cryptocurrencies and tokens, Canadians may be asking themselves what goes into getting into the worldwide market.

Commercials promoting crypto exchanges have become commonplace, with some even featuring during the Super Bowl, and even institutional investors and financial institutions are showing increasingly favorable attitudes toward cryptoassets, a recent survey from the accounting firm KPMG shows.

But how does crypto work and what should Canadians think about before opening their wallets and buying up tokens?

HOW DOES IT WORK?

University of Toronto finance professor Andreas Park told CTVNews.ca in a phone interview on Thursday that when it comes to crypto, it isn’t always about investing and hoping for a jump in price. There can be functional uses, as well.

“There’s utility provided by an application, that’s usually what underlies it,” he said.

The two assets prospective buyers look at are cryptocurrencies and tokens.

Both use cryptography, or advanced encryption, to authenticate assets and prevent counterfeiting.

Cryptocurrencies can be used for transactions or to store value. Tokens, meanwhile, can serve other functions on a platform such as for a service or voting.

Unlike fiat currencies, made and controlled by federal governments, crypto has no central bank.

Most cryptocurrencies use a technology called blockchain, a type of infrastructure or ledger of transactions that anyone can view and verify.

The list is then used to secure payments between people rather than going through a third party such as a bank.

At its core, Park says blockchain is really the “decentralized execution of code.”

“Therefore, one should think about blockchains as an infrastructure and much more than just transfer of digital stickers, that’s really important,” he said.

HOW SECURE IS IT?

While a cryptocurrency is native to a blockchain, tokens are built on top of an existing blockchain.

“[This ledger] is made up of a series of blocks, each of the blocks contain a transaction, so you can’t break the blockchain,” George Bragues, assistant vice-provost and program head of business at the University of Guelph-Humber, told CTV News Kitchener for a recent piece on cryptocurrency.

“That’s what makes it so resilient, what makes people trust it so highly.”

Experts say many grew disenchanted with the current monetary framework, spurred in large part by the 2008 financial crisis.

“It definitely grew out of a skepticism to the current financial system,” Anne Haubo-Dyhrberg, an associate professor at Wilfrid Laurier University’s Lazaridis School of Business, told CTV News Kitchener.

“This is completely decentralized, it can’t be tampered with by any government or institution,” she added.

WHO IS BUYING IN AND WHAT ARE THEY BUYING?

Blockchain is the same technology used to authenticate non-fungible tokens, or NFTS, a type of digital token made popular over the last year that cannot be interchanged. It has been used notably to buy and sell art and other collectibles.

But with so many different providers, determining exactly how many Canadians own cryptoassets is hard to pinpoint.

A report from the Bank of Canada found that in 2018, 89 per cent of Canadians were aware of Bitcoin, while five per cent actually owned it, an increase from 64 and 2.9 per cent respectively over 2017.

A spokesperson for the Canadian cryptocurrency platform Bitbuy, which has more than 400,000 registered users, said in an email that while they have no studies showing what percentage of Canadians own Bitcoin in Canada, there is a direct correlation between its price and the amount of transactions .

The recent rise in Bitcoin over the past 12 months has resulted in a “huge boom” of new Canadians investing in crypto, the spokesperson said, with 44 per cent of all crypto holders on Bitbuy holding Bitcoin as of Wednesday, and the remaining 56 per cent holding others such as Ethereum.

Another poll by KPMG of more than 1,000 Canadians found 13 per cent have bought Bitcoin or Ethereum directly, while 11 per cent purchased Bitcoin exchange-traded funds or other crypto asset funds.

Launched in 2008, Bitcoin, the world’s first and largest cryptocurrency, currently has a market capitalization of more than US$800 billion, the price-tracking website CoinMarketCap shows.

Ethereum, the world’s second largest cryptocurrency that also has a Canadian connection, has a market cap of well over US$300 billion — Ethereum is technically the name for the blockchain, while Ether is the cryptocurrency.

While there is a finite amount of Bitcoin — 21 million, of which 19 million has already been mined — there is no cap on Ethereum.

Dozens of other cryptocurrencies have market caps worth billions and tens of billions of US dollars, while some have gained notoriety in other ways.

Earlier this year, Tesla CEO Elon Musk, who is an active promoter of crypto, tweeted that the company would accept the meme-based cryptocurrency Dogecoin as payment for merchandise.

Meanwhile, the Ukrainian government in late February raised nearly US$8 million in cryptocurrency following Russia’s invasion of the country.

In response to the recent protests and occupation in Ottawa, the federal government used Canada’s Emergencies Act for the first time, in part, to suspend the bank accounts of those involved, as well as crypto transactions.

Park used the analogy of the “dotcom bubble” created during the 1990s, when high speculation drove the valuations of tech stocks to unreasonable levels, leading to their eventual crash.

“The reason why it failed and disappeared is there was fundamentally no value created,” Park said.

“And so what I’m trying to say with this is there is precedent even in the regulated world of how you need to have an underlying value for it to be real, and the number of people that lost a fortune in those markets is phenomenal .”

Despite seeing more mainstream adoption, cryptocurrencies have been renowned for their high volatility.

Three weeks into January, Bitcoin lost more than 15 per cent of its value since the beginning of the year and approximately 50 per cent from its record high the previous November. Ethereum, meanwhile, fell almost 20 per cent in those first few weeks of 2022.

In May 2021, the Bank of Canada pointed to that price volatility as a reason why cryptoassets were not being widely accepted as a form of payment.

The volatility in the worldwide market, Park says, is influenced by sentiment more than anything, which makes it difficult to tell what the right price for crypto is.

A number of high-profile crimes involving cryptocurrencies also have been reported in recent months.

In February, the US Justice Department announced its largest financial seizure ever at more than US$3.6 billion after a New York couple was arrested and accused of conspiring to launder billions in crypto that were stolen from a virtual currency exchange in 2016.

The European Union’s securities, banking and insurance watchdogs warned consumers a few weeks ago to be aware of the risks of investing in cryptoassets and to not fall prey to scams. They also referenced the amount of energy required to produce crypto and its potential negative impact on the environment.

WHERE ARE WE WITH REGULATION?

In Canada, Conservative MP Michelle Rempel Garner introduced a private member’s bill in February that would compel the federal government to consult experts and create a plan for cryptoassets within three years.

Park says pre-emptive regulations could do more harm than good, with laws already on the books to prosecute scammers and fraudsters.

What should be determined, Park says, is what problem is trying to be solved and whether a particular solution would actually solve that problem or simply create more issues.

For policymakers, he says politicians should not be fearful of crypto but celebrate its opportunities.

“Users should learn how to appreciate it and people who want to invest in it should curb your greed,” Park said.