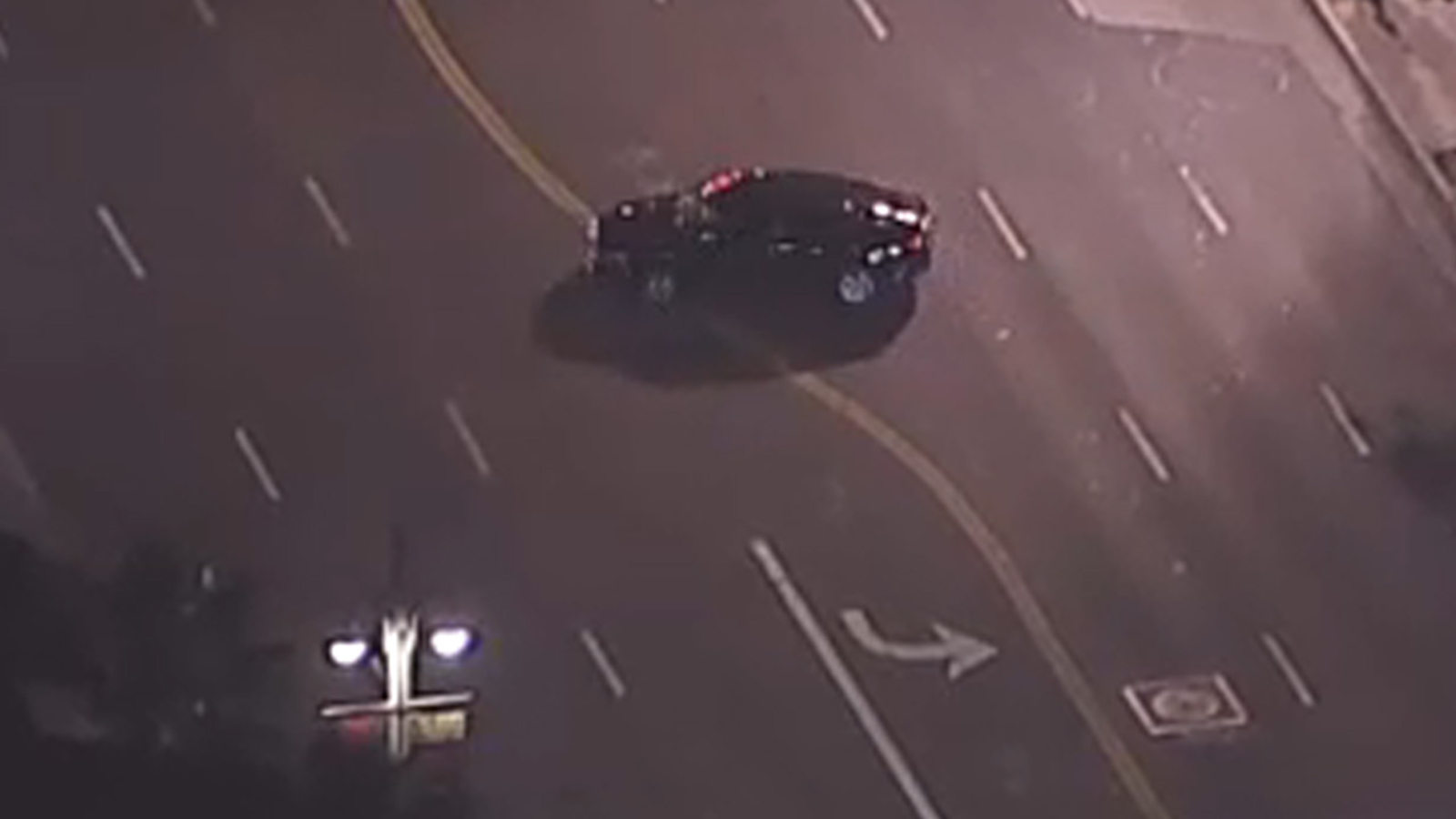 LOS ANGELES (KABC) — A driver was taken into custody after doing “donuts” and speeding across Los Angeles during a dangerous chase Thursday evening.

AIR7 HD was over the pursuit around 9:30 pm as the driver in a black sedan was in the Elysian Park area on the 5 Freeway.

Prior to that, Glendale police was in pursuit of the suspect who was driving recklessly on surface streets and later did “donuts” before getting on the freeway.

When the chase was in the Chinatown area, the driver was again spinning in circles at intersections.

There were times the suspect would drive on the wrong side of the road or stop in the middle of the street before taking off again. At one point, it appeared authorities stopped pursuing the suspect because of the erratic driving.

The suspect also hit another car and came close to hitting other vehicles.

As the chase entered Leimert Park, the rear bumper on the suspect’s car was hanging off .

Eventually, the suspect surrendered in the South LA area after about an hour into the chase.

DEVELOPING: We will add more details to this report as they become available.