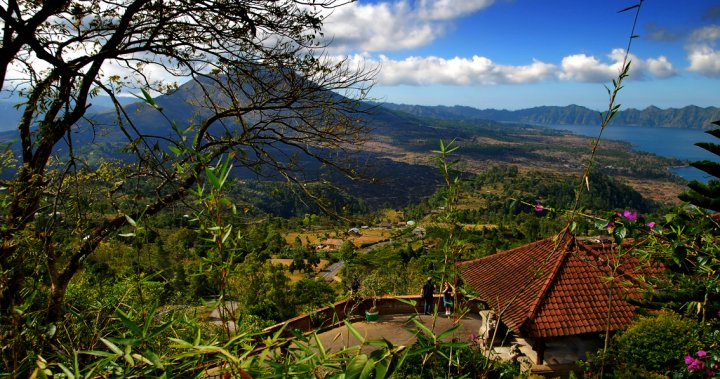 A Vancouver man is facing deportation from Bali, Indonesia, over allegations that he danced naked at a cultural site in violation of the country’s laws.

A translated news release from the Indonesian Ministry of Law and Human Rights says 33-year-old Jeffrey Douglas Craigen is accused of making an “immoral video at Batur Mountain,” which strongly violates Balinese culture.

“The Bali Regional Director of the Ministry of Law and Human Rights, Mr. Jamaruli Manihuruk, said that if the said foreigner is proven to be guilty of the violation, an immigration administrative action will be taken against him in the form of a deportation, ”said the release.

“An immigration officer has the authority to take administrative actions against foreign citizens in Indonesian territory who take part in dangerous activities and are deemed a threat to public safety and order, or in violation of regulations and laws.”

Neither Global Affairs Canada nor the Embassy of Indonesia returned requests for comment.

In a video posted to Craigen’s Instagram account, that was later deleted, he was seen performing the Haka — a ceremonial dance of the Maori people of New Zealand — in the nude on Mount Batur, an active volcano that is considered a sacred site.

The release said Craigen was in the process of reapplying for his visa, and his passport had been seized. He was asked to report to the Denpasar immigration office on Monday, he said.

“We urge the people of the province of Bali to be proactive in monitoring and reporting all kinds of violations by foreign citizens to the authority so actions can be taken,” Manihuruk said in the release.

“And to all foreign citizens visiting Bali, please behave properly, respect the laws and the cultural values ​​of Balinese. For the honor of the country, we will respond forcefully to every violation.”

In 2015, two Saskatchewan residents were detained in Malaysia following allegations they posed naked on Mount Kinabalu, the country’s highest peak, days before a 5.9-magnitude earthquake killed 18 climbers on that mountain.

In a separate 18-minute video posted to Instagram Tuesday, Craigen said he didn’t mean to cause the Maori or the Balinese people any offense. He said he doesn’t “really know what I did or didn’t.”

Craigen, an actor and self-styled mind-body healer, said he is “in immigration.”

“This isn’t a plea to stay in the country,” he said. “It’s just a heartfelt apology. So, I apologize to the Maori people for disrespecting their culture. That wasn’t my intention. My intention was just to feel alive because I felt dead inside for so long. I don’t know what to do. I’m in immigration. I don’t have any support…. I don’t want to be here.”