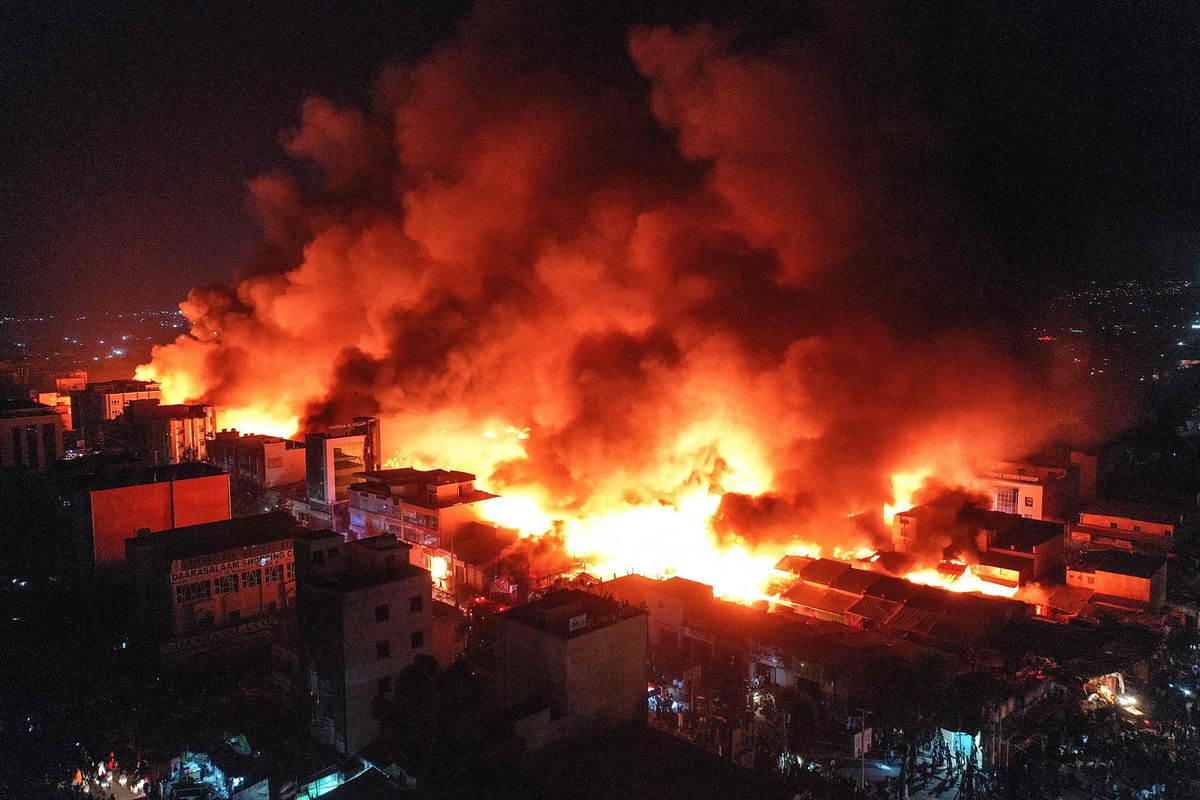 Members of Canada’s Somaliland community have been meeting with MPs to push for federal emergency funding relief in the region after a fire devastated its largest commercial market.

The Canadian Alliance to Rebuild Hargeisa Market is calling on Ottawa to provide $10-million in aid toward rebuilding efforts in Somaliland and to match funds raised by local community groups across Canada.

The CARHM banded together shortly after the fire in Hargeisa’s Waheen Market, home to over 2,000 stalls and stops, took place on April 1. Twenty-eight people were injured, and a report released by a national task force estimated losses between US$1.5-billion and US$2-billion. The market accounted for almost half of the city’s economy, according to Somaliland officials.

Somaliland is a self-declared state that split from Somalia in 1991. It has yet to receive international recognition for its claimed independence, including from Canada.

Anab Mohamed, co-chair of the CARHM, said the group is hoping for the Canadian government to act quickly, having spoken to several members of Parliament and sent a letter to Minister of International Development Harjit Sajjan.

While some MPs have been receptive, Ms. Mohamed said she would like to see more concrete action.

“I sincerely hope that Canada will not pass up the opportunity to shine in the eyes of the people,” she said in an interview with the Globe and Mail.

Yentl Béliard-Joseph, a spokesperson for Mr. Sajjan, said in a statement that the government has so far provided $30,000 through the International Federation of Red Cross and Red Crescent Societies (IFRC).

The funds came from the Canadian Disaster Relief Emergency Fund, Ms. Béliard-Joseph said, which provides support in response to sudden small- and medium-scale humanitarian situations. The government will continue to assess if more support is needed, she added.

Ms. Mohamed has criticized the government’s provided amount for being insufficient, calling on it to at least match funds that continue to be raised by local communities in Canada. Their proceeds are going through Islamic Relief, a charity on the ground in Hargeisa.

Garnett Genuis, Conservative MP and opposition critic for international development, said in a statement that he has met with Somaliland community members and has asked the government about its plans on supporting the rebuilding of the market.

Although the fire broke out earlier this month – at the beginning of Ramadan – residents of Hargeisa are still struggling, Ms. Mohamed said, especially those who relied on the market as their main source of income.

“So far no one is dead, but they’re going to die in the future if we don’t help them as quickly as possible. … Everything is burned, everything is destroyed.”

The fire also threatens to destabilize the historically peaceful region, she said. While the rest of Somalia continues to suffer from decades of civil war, Somaliland has remained largely peaceful, holding its most recent local and parliamentary elections last year.

As a self-declared state, Somaliland’s international position can be an added challenge when receiving aid, especially when it comes to rebuilding efforts.

Earlier this year, Somaliland’s Foreign Minister Essa Kayd visited Ottawa, London and Washington asking for recognition as a separate country and to provide aid directly to the state instead of through Somalia.

Mr. Kayd told the Globe that since Somaliland is not recognized as an independent country, it cannot rely on loans from the World Bank or International Finance Corporation.

Mr. Genuis said he has asked the Canadian government to clarify its position on Somaliland’s political status and claim to independence.

So far, Britain and Djibouti have both provided financial support, according to Mr. Kayd, who said support is also anticipated from the Somaliland diaspora community’s fundraising efforts. The Somaliland government has yet to receive any allocated donation from the IFRC.

Somaliland is appreciative of all the help, Mr. Kayd said, but he added that long-term support is needed.

“We’re dealing with a catastrophic disaster that will negatively impact thousands and thousands of people who are already deemed vulnerable and are at risk to begin with.”

With a report from The Associated Press