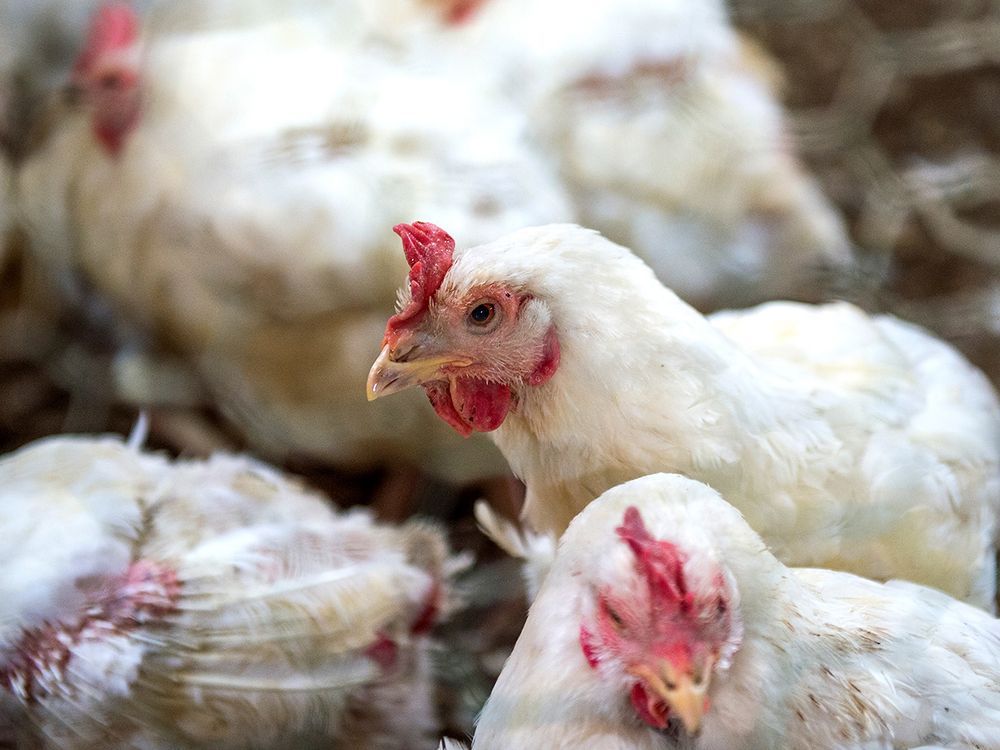 Four more bird flu outbreaks were reported by the federal government on April 7, including one at a farm in Chatham-Kent.

With the addition of the latest cases, a total of 10 outbreaks have been declared in Ontario since March 27.

The Chatham-Kent outbreak — detected April 6 but not announced by the Canadian Food Inspection Agency until the following day — is in a poultry flock, but the agency did not say what kind of bird.

There are also two new cases in poultry flocks in Markham, and one in Prince Edward County in a backyard flock on a hobby farm. In all of the cases, the food inspection agency has confirmed tests show the presence of the highly pathogenic H5N1 strain of avian influenza.

Before April 6, half a dozen properties in Ontario had been quarantined, including a farm in western Oxford County, where the movement of birds and eggs is being restricted inside one of two control zones set up by the Canadian Food Inspection Agency in Ontario.

Samples taken by the agency are sent to a lab in Winnipeg each time an outbreak is confirmed. “So there’s a time delay” before a case is confirmed, said Ingrid DeVisser, a turkey producer in Bruce County who heads up the Feather Board Command Centre, the poultry industry’s emergency response team.

DeVisser spoke to Postmedia before the newest four outbreaks were made public.

Farmers and scientists can be tipped off by a high mortality situation, which happens when a larger than usual number of birds in a flock die. DeVisser said the poultry farmers she’s talked to are “very, very concerned” about the situation. “We’re all taking this very, very seriously,” she said.

Ontario is the largest producer of poultry in the country, with much of the industry in Southwestern Ontario. Ontario turkey producers market between 85 million to 90 million kilograms of turkey annually, about 45 per cent of the total raised in Canada. Ontario farmers also raise more than 200 million chickens a year.

DeVisser said “a lot of mental energy is being expended on top of the physical energy” to contain the outbreaks.

The avian influenza situation “certainly adds to the stress” poultry producers are experiencing, on top of rising fuel costs, inflation and the pandemic, she said.

COVID-19 was in some ways a dry run for how farmers are having to operate now.

“We are just watching our biosecurity and thinking through every decision that we make on our farms in terms of what the vectors are, what the risk exposure is, and just being absolutely careful that we’re doing the right things and all the things that are necessary,” she said.

The Canadian Food Inspection Agency says bird flu is spreading in wild bird populations around the world and is a “significant national concern” as birds migrate to Canada.

It’s not clear how many birds have been destroyed so far, but DeVisser said it’s “devastating” to farmers when their flocks have to be killed off.

At DeVisser’s farm, south of Chesley, she and her family have about 16,000 turkeys. They ship year-round, meaning they raise about 700,000 kilograms of turkeys annually.

Ontario’s Ministry of Agriculture, Food and Rural Affairs says bird flu is not a threat to food safety when properly handled and cooked.

It also says avian influenza is not a significant public health concern for healthy people who are not in regular contact with infected birds.

In 2015, federal and provincial officials spent months containing and eventually eradicating a strain of the flu capable of killing entire flocks of birds within days. That outbreak was contained to three farms in Oxford County, and about 80,000 birds, mostly turkeys, were wiped out.