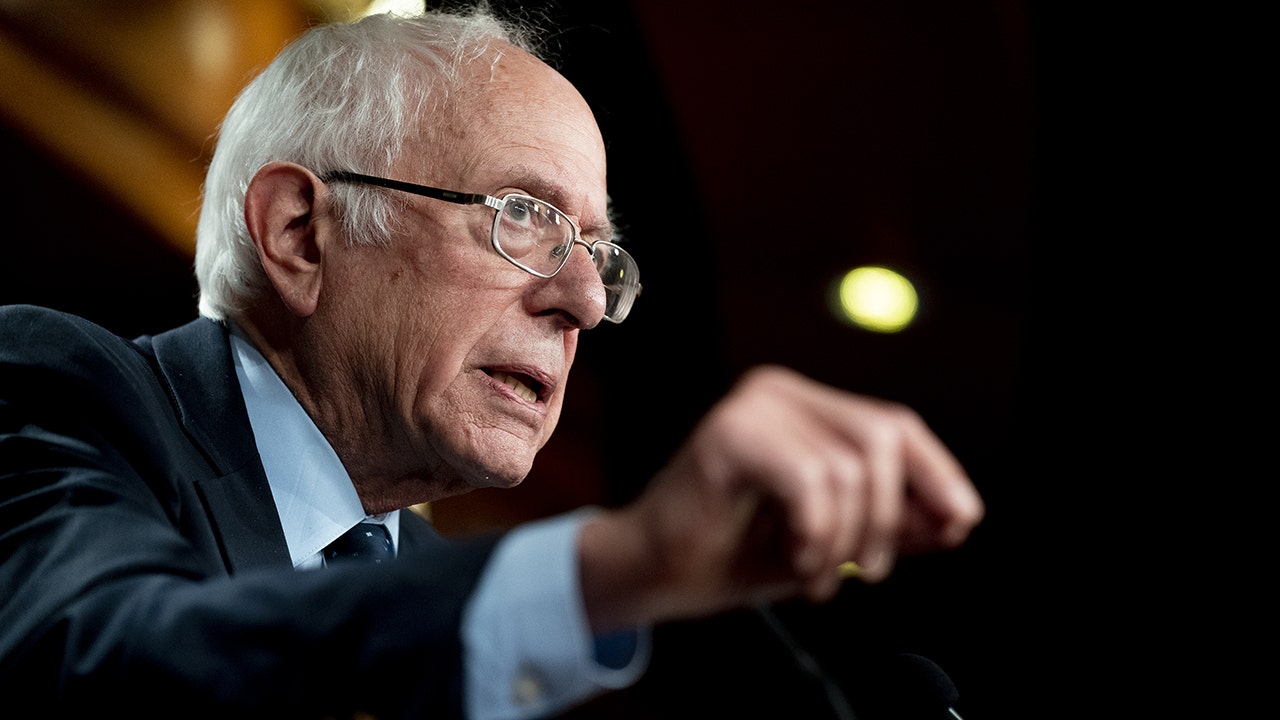 Vermont Independent Sen. Bernie Sanders adopted a tone more similar to that of Congressional Republicans than Democrats on Saturday when he said that the hotly debated Inflation Reduction Act will do little to reduce inflation.

“Madam President, I want to take a moment to say a few words about the so-called inflation reduction that we are debating this evening,” Sanders said on the Senate floor on Saturday night. “And I say so-called, by the way, because according to the CBO, and other economic organizations that study this bill, it will, in fact, have a minimal impact on inflation.”

Sanders went on to criticize the bill by saying that it does not address childhood poverty, income inequality, or the “dysfunctional” healthcare system in the United States.

Sanders explained that the bill “turns its back on the working parents of this country and our children.”

Senator Bernie Sanders, an Independent from Vermont, speaks during a news conference at the US Capitol in Washington, DC (Stefani Reynolds/Bloomberg via Getty Images/Getty Images)

Sanders urged Democrats to support his effort to amend the bill so that it does more to help American working families.

Conservatives complimented Sanders on social media after Republicans on Capitol Hill have pointed out in recent days that the Congressional Budget Office acknowledged that the Inflation Reduction Act will have a negligible effect on inflation.

“Bernie Sanders, of all people, is being more honest about this garbage bill than Joe Manchin is,” Heritage Foundation Communications Director John Cooper tweeted.

A man shops at a Safeway grocery store in Annapolis, Maryland, on May 16, 2022, as Americans brace for summer sticker shock as inflation continues to grow. ((Photo by JIM WATSON/AFP via Getty Images) / Getty Images)

A vote to move ahead on Democrats’ social spending and taxation bill passed Saturday evening, setting up floor debate followed by a marathon vote-a-rama, before a final vote on the legislation that’s expected sometime Sunday.

“What today is about is whether or not Democrats are going to stand up and fight, fight for amendments and support amendments which address some very critical needs of working families,” Sanders told Fox News Digital earlier in the day. “The amendments that I will offer probably have the support of 70 or 80 percent of the American people. We will see how much support they will be getting.”

WASHINGTON, DC – JULY 28: US President Joe Biden removes his mask as he delivers remarks on the Inflation Reduction Act of 2022 (Getty Images/Getty Images)

Several other Democrats, however, are cool on Sanders’ strategy. They think it creates unnecessary risk after they negotiated for more than a year to get a reconciliation bill their entire caucus could support.

“Many of us believe that our number one goal is to make sure this gets to the finish line without any amendments creating problems for its final passage,” Sen. Chris Murphy, D-Conn., said. “I will vote no on any amendment I think compromises the bill’s signature by the president.”

Several top Democrats, including Senate Majority Leader Chuck Schumer have dismissed concerns and economist analysis that the Inflation Reduction Act will have a minimal effect on the record inflation that has continued to grow over the past year.

“They’re wrong..I don’t know who that list was…it’s as plain as the nose on your face,” Schumer said in response to a letter from 230 economists who warned that the bill will add to inflation.

The White House did not immediately respond to a request for comment from Fox News Digital.