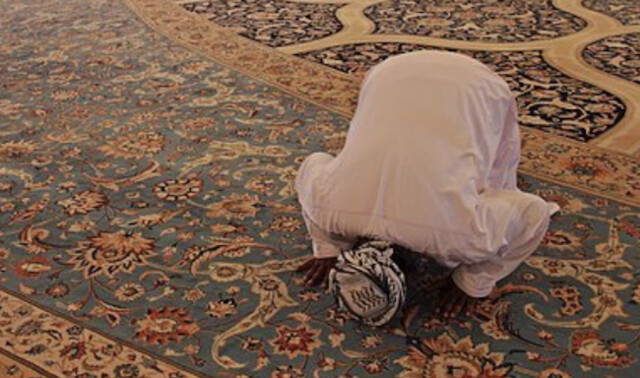 The British Columbia Muslim Association says it is “gravely concerned” after an incident outside a Surrey, mosque.

The association says in a letter shared on Twitter by the National Council of Canadian Muslims that a car sped by Ramadan worshipers leaving evening prayers and a substance was thrown by someone in the vehicle.

The letter dated Thursday says the car sped away, but returned and repeatedly feigned trying to run the congregants over.

It says pretending to run people over is “not a small matter” after a Muslim family in London, Ont., was struck and killed by a truck last summer in what police have said was a hate-motivated attack.

The BC Muslim Association says its first priority is making sure congregants are safe in the aftermath of the incident in Surrey, and it’s also calling on police to investigate it as a potential hate crime.

The RCMP did not immediately respond to a request for more information.

In a series of tweets, the national Muslim council says it’s calling on political leaders, including Prime Minister Justin Trudeau and BC Premier John Horgan, to prioritize challenging Islamophobia.