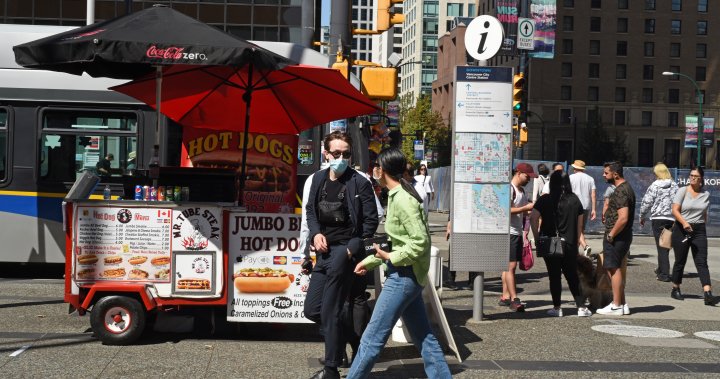 British Columbia health officials released their first update Thursday under a new model that will see COVID-19 data released weekly instead of daily.

The updates, released on Thursday, will include data covering a one-week period up to the prior Saturday. The BC Center for Disease Control’s COVID-19 dashboard will also move from daily to weekly updates, which include a census of the number of people in hospital and intensive care.

The first weekly report covers the period from March 27 to April 2, while the dashboard is accurate as of April 7.

According to the Ministry of Health, the new model reflects a “surveillance” approach, as used with other respiratory illnesses such as the flu, rather than “case management” approach, and is focused on “identifying meaningful changes in COVID-19 trends over time across different regions of the province.”

“The new system continues to provide the data required to guide public health decision-making and allows everybody to have an accurate picture of the COVID-19 climate in their area,” the ministry added in a media release.

7:30
COVID-19 infection numbers go up as BC prepares to lift another pandemic health measure

The shift in reporting comes as the province enters what some experts believe is a sixth wave of the pandemic.

After declining steadily for nearly two months, the number of cases in BC hospitals has grown by 27 per cent over the past two weeks.

As of April 7, there were 324 cases of COVID-19 in BC hospitals, including 38 cases in critical or intensive care.

According to the BC CDC’s first weekly report, the province reported 1,706 new COVID-19 cases and 193 COVID-19 hospital admissions between March 27 and April 2.

Restricted access to PCR testing means that confirmed COVID-19 cases continue to significantly under-represent the true number of cases in the community.

The new report does not include admissions to intensive care, data the province says will now be reported in the BC CDC’s weekly situation reports.

COVID-19: BC vaccine card mandate set to be dropped on Friday

The province is also changing the way it tracks deaths, moving to an “all cause mortality” model that includes deaths due to any cause among people who tested positive for COVID-19 within the prior 30 days. Thursday’s report tracks 11 such deaths.

The province said it was using “all cause mortality” because it takes roughly eight weeks for an official cause of death to be reported. It acknowledged the method would include some deaths not related to COVID, but the BC CDC says it will be doing retrospective evaluates of cause of death to better understand true COVID-19 mortality.