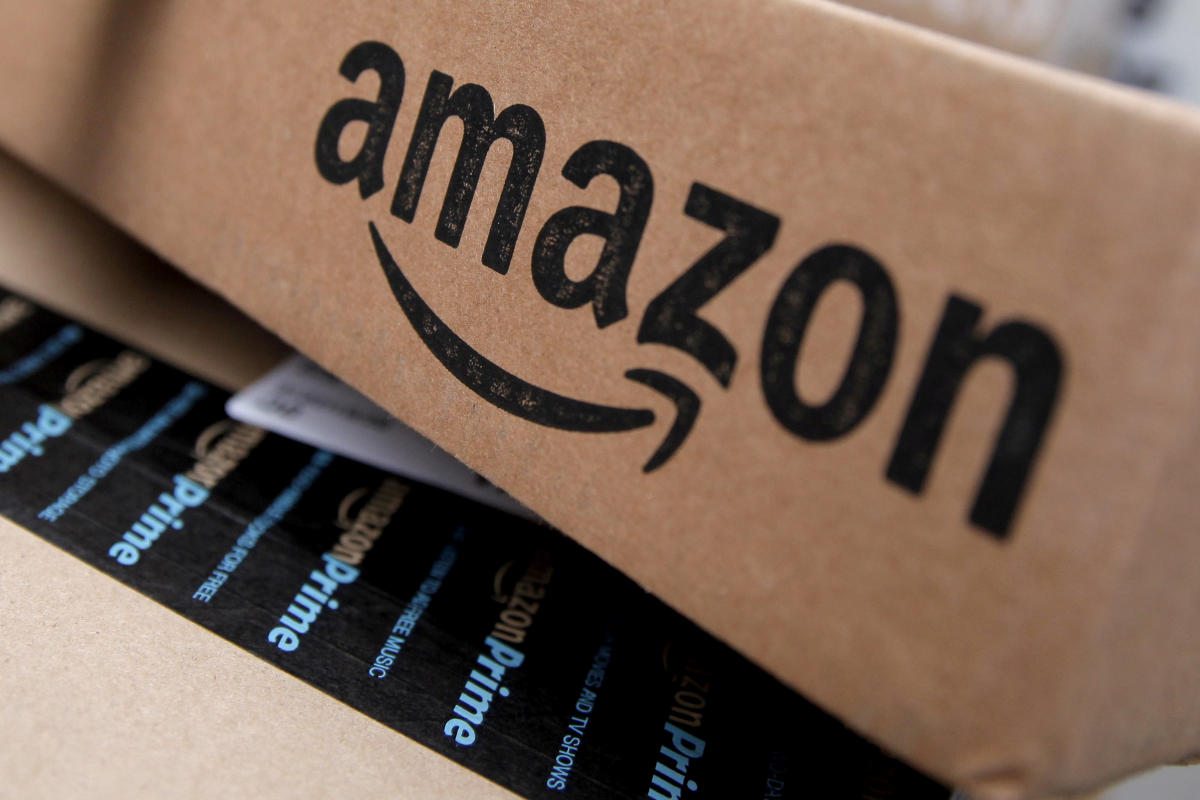 Shares of Amazon (AMZ) dropped after the company revealed a revenue forecast that missed analyst estimates as consumers curb online spending in the face of economic uncertainty and a return to in-person activities. The company also reported a loss on its investment in electric-vehicle maker Rivian Automotive.

Amazon was the last of Big Tech names to unveil quarterly earnings this reporting season. The tech behemoth’s cloud-computing platform Amazon Web Services (AWS) was a bright spot during a lackluster quarter, but revenue failed to offset weakness in the company’s core retail business.

Here were the main metrics from Amazon’s report, compared to consensus estimates compiled by Bloomberg:

Amazon’s net sales came in at $116.4 billion in the first quarter, compared to analysts’ expectations of $116.43 billion, according to Bloomberg consensus data. The figure marks a revenue increase of 7%, compared to a 44% increase in the same period last year, marking the company’s slowest growth rate in more than two decades.

The tech giant reported a net loss of $3.8 billion in the first quarter, or $7.56 per share, compared Bloomberg to estimates of earnings per share of $8.40. In the same period last year, Amazon logged a net income of $8.1 billion, or $15.79 per share. Amazon attributed its net loss for the first quarter of 2022 to a pre-tax valuation loss of $7.6 billion from its investment in Rivian Automotive, Inc. (RIVN).

Like other companies this reporting season, Amazon attributed much of its challenges during the quarter to macroeconomic headwinds from war in Eastern Europe, persisting supply chain, and rising costs associated with decades-high inflation levels. Earlier this month, the company announced it will charge sellers a 5% fuel and inflation surcharge for the first time in history beginning April 28, underscoring the pressures on operations from rising inflation.

“The pandemic and subsequent war in Ukraine have brought unusual growth and challenges,” Amazon CEO Andy Jassy said in a statement.

“Today, as we’re no longer chasing physical or staffing capacity, our teams are squarely focused on improving productivity and cost efficiencies throughout our fulfillment network,” he added. “This may take some time, particularly as we work through ongoing inflationary and supply chain pressures, but we see encouraging progress on a number of customer experience dimensions, including delivery speed performance as we’re now approaching levels not seen since the months immediately preceding the pandemic in early 2020.”

Shares of Amazon have been a laggard among mega-cap technology stocks since last year when the company saw its robust year-over-year growth rates begin to fade following an impressive 2020 driven by a pandemic-stoked surge in online shopping.

Investment bank Cowen, which recently trimmed its forecast, said in a recent note that supply chain issues, could present a risk to its expectations for the company they continue to persist into the year.

Adding to inflationary pressures was a slew of labor challenges for the company. In addition to a tight labor market driving wage expenses higher, employees at more than 100 US-based Amazon facilities have pushed ahead with unionizing efforts at their workplaces since a historic union victory at a warehouse on Staten Island in New York earlier this month.

For Bank of America, Amazon remains its top FANG stock for 2022 despite recent challenges. The institution specifically cited AWS strength, as well as an opportunity to improve margins from trailing 12-month lows.

This post is breaking. Please check back for more updates.