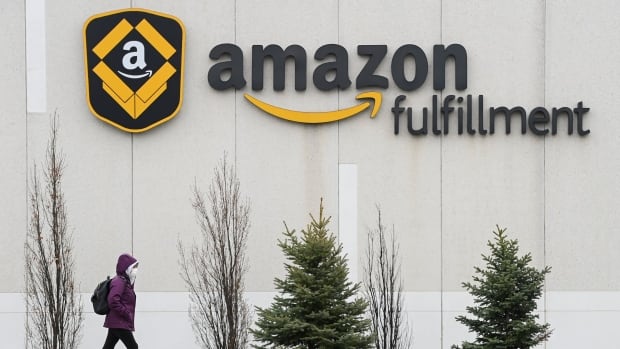 The company says it made the call as “Amazon continues to invest heavily in Prime,” with a wider product selection and an introduction earlier this year of free one-day shipping on items in most Canadian cities without a minimum purchase requirement.

A new Lord of the Rings TV series, set to debut in September, cost Amazon $465 million US for its first season, according to trade publication The Hollywood Reporter, which pegged the entire series to cost more than $1 billion US.

In addition, its acquisition of MGM closed last month, which will expand its library of streaming selections.

Front Burner23:26The former worker who pushed for an Amazon union, and won

Last week, a group of current and former Amazon workers in New York’s Staten Island accomplished what some of the biggest unions in the United States could not: they organized Amazon’s first successful union vote in the country. The battle isn’t over yet: in a statement, Amazon said it is weighing whether to file objections. But today, we speak to Chris Smalls, interim president of the newly-formed Amazon Labor Union, about how he sparked a movement that succeeded where others have failed — and where that movement is headed next. 23:26

Amazon introduced its third price increase for US customers in February that boosted the monthly fee to $14.99 US and the annual fee to $139 US.

The company cited rising labor and shipping costs for the first US increase in four years. Last year, Amazon committed to pay raises for tens of thousands of employees in Canada and the US