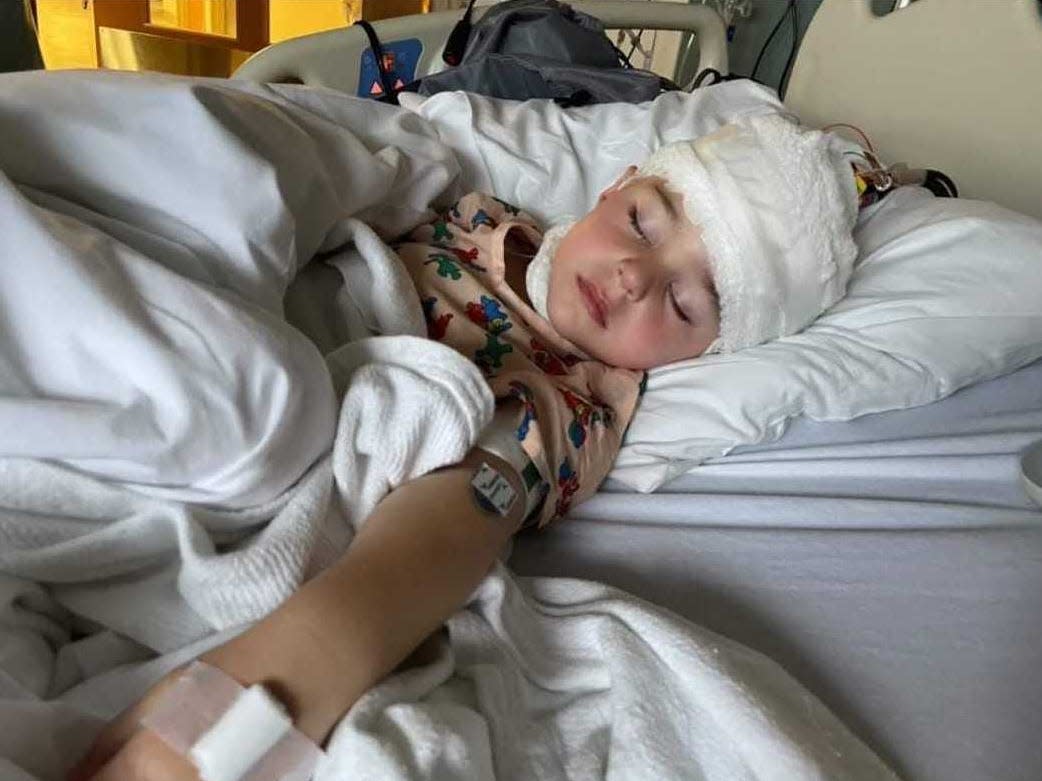 A toddler in Pennsylvania caught a rare tick-borne virus from his family’s yard and is now weak on the left side of his body, according to his mom.

Jonny Simoson, 3, was in good health when his mom, Jamie, spotted a live tick in his right shoulder while he was swimming, she told Insider. Jamie Simoson said that she easily removed the tick with a pair of tweezers within 15 minutes, leaving a “tiny red bump.”

Two weeks later, he started complaining of headaches, became unusually drowsy, and had fevers of over 103 degrees Fahrenheit, Simoson said.

After two visits to a pediatrician, Simon took Jonny to the emergency room. The next 12 days were a blur of MRI and CAT scans, a spinal tap, antibiotics, and antivirals as doctors investigated the cause of his symptoms, first in a general ward, then in pediatric intensive care. Eventually, after ruling out other causes, doctors diagnosed him with meningoencephalitis caused by the Powassan virus, Simoson wrote in a blog post.

“It was so frustrating searching for an answer. We were terrified that we might not be coming home with our child,” Simoson said.

Data suggests between six and 39 cases are reported to the Centers for Disease Control and Prevention each year, mostly in Northeastern states and the Great Lakes region in late spring, early summer, and mid-fall, when deer ticks are most active.

Most people don’t get any symptoms, but the virus can cause confusion, loss of coordination, difficulty speaking, and seizures if it infects the brain or its membranes.

About one in 10 people who get severe illness from the Powassan virus die, and about half who survive are left with long-term loss of muscle and strength, according to the CDC.

Meningoencephalitis, Jonny’s diagnosis, is a serious condition where the brain and the thin tissues surrounding it get inflamed.

There are no proven medications for Powassan virus disease, so most people with severe disease are treated in the hospital with supportive measures, including fluids through a drip into a vein and oxygen.

However, Jonny was treated with five doses of disease-fighting antibodies from blood donors, a treatment called intravenous immunoglobulin therapy, which has been used to treat lupus and children with heart conditions.

Dr. Swathi Gowtham, a pediatric infectious-disease specialist in Danville, Pennsylvania, who was involved in the case, told CBS Philly that Jonny responded “very well” to the treatment.

“Whether it is due to IVIG, I cannot really say,” she said, adding that “more studies need to be done” on the use of intravenous immunoglobulin for the Powassan virus.

Jonny was discharged from the hospital after 12 days, but he was weak on one side of his body and needed physical rehabilitation and speech therapy. His parents had to teach him how to eat and drink again.

“Jonny was still not walking, and his balance was poor. We knew we had a ton of work to do but were up for the challenge,” Simoson wrote.

“We’re really confident that the progress that he has made will just continue,” Simon told CBS Philly.

Read the original article on Insider