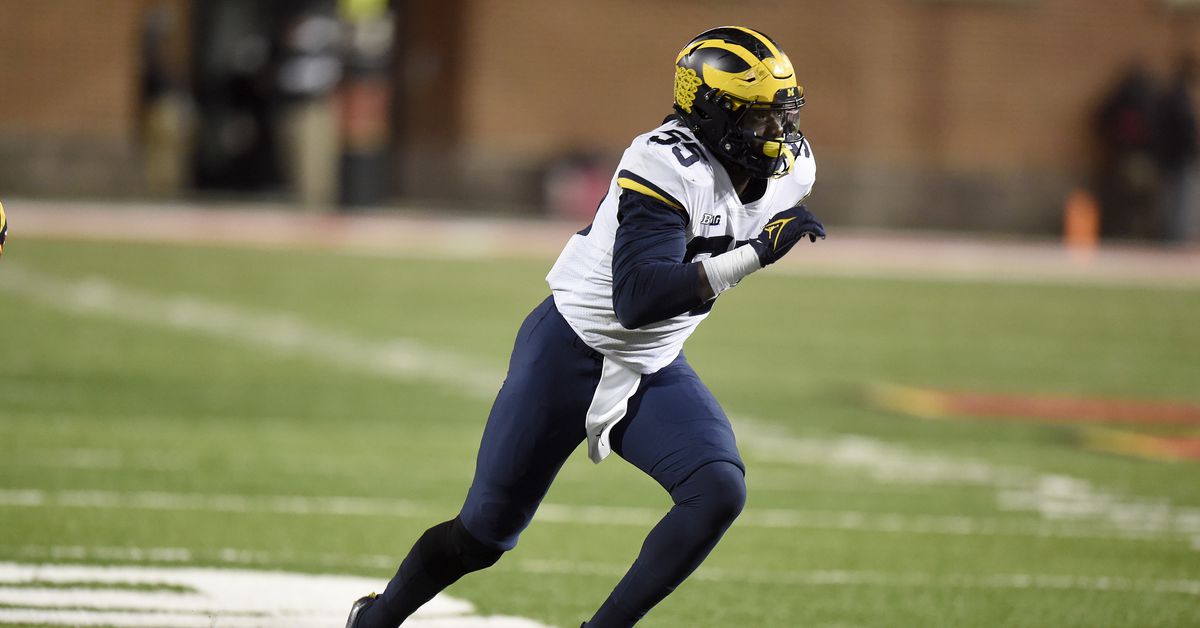 According to Woody Paige, the Denver Broncos will trade up in the second round of the 2022 NFL Draft to select someone they have a first-round grade on.

The Broncos will trade up in the second round to get a player they have listed as a first rounder.

Now, I am not sure if this is an actual report, a rumor, a gut feeling, or just Woody throwing something out there that he thinks may happen. However, Woody has a good track record and has been covering the Broncos for years, so it’s quite possible he knows something. Also, after an uneventful night one of the draft for General Manager George Paton who was sitting back watching all these trades happen, he might be ready to make some deals on day two of the NFL Draft.

So, we’ll have to wait and see how right Woody is, and well, the board falling the Broncos’ way and finding a trade partner will matter as well.

With all that said, let’s take a look at some players the Broncos may trade up for. First, these are the prospects who the Broncos brought in for a top-30 visit that could go before they pick at 64.

Of the names here, the only two I could see the Broncos moving up for are USC’s Drake Jackson and Auburn’s Roger McCreary. Edge and cornerback are two value positions and positions the Broncos need to upgrade throughout the draft. Personally, I would only trade up for Jackson on this list, but McCreary is one of the better corners available and falls under that umbrella.

Now, let us take a look at some of the best remaining prospects who the Broncos could trade up for.

My two personal favorites are edge rushers Boye Mafe and David Ojabo. First, if Ojabo didn’t suffer an Achilles injury, he would have been a top 20 selection in the draft. Getting him would give the Broncos a first-round talent in the second round. As for Mafe, he’s one of the best prospects available in my opinion. The Broncos would have to pull the trigger on a trade pretty quickly if they wanted Mafe. However, both players would give the Broncos an excellent prospect at edge rusher moving forward.

Penn State’s Arnold Ebiketie also fits that bill and is probably more realistic. He’s another very athletic and explosive edge rusher who would make sense for the Broncos. Also, someone, many had going in the first round.

I know Nakobe Dean will be a favorite for many of you, but he should be off the board quickly, and I don’t like giving up picks for an off-the-ball linebacker. It’s not a highly valued position and it’s a position I don’t think the Broncos value highly enough to trade for. If he or Muma were to fall to 64, then sure, but don’t make a big trade up for them.

Another favorite here will be the local boy, Trey McBride. I wouldn’t hate the move up for him, especially giving Russell Wilson more weapons, but I would target a more higher valued position like edge rusher or cornerback.

A potential sleeper is Central Michigan’s Bernhard Raimann. He’s a massive tackle who is also very athletic. I believe he could push for the right tackle job right away. Tackle is another valuable position I could see the Broncos addressing.

Finally, defensive backs Jalen Pitre and Kyler Gordon. Pitre is a safety projects who as a “big nickel” and could play in sub-packages for the Broncos’ defense. As for Gordon. he’s one of the best cornerbacks still available. If Paton were to trade up for a corner, Gordon could be that guy.

It should be an interesting day two for the Broncos who most likely won’t be picking at their scheduled selections. I could see a trade up into the second round as well as potentially multiple trade backs as well. Paton has shown he’s willing to wheel and deal and get back good value in return. So, it should be an exciting night two for the Broncos.