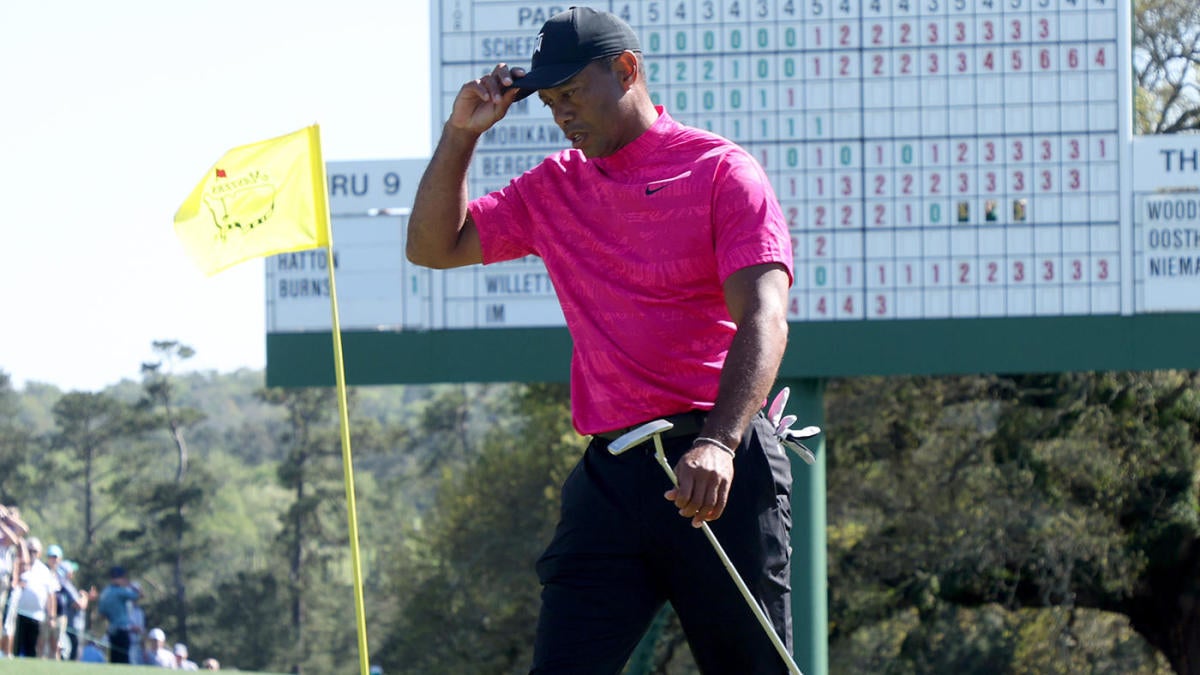 AUGUSTA, Ga. — It was a Thursday that felt like a Sunday. That’s what happens when a five-time Masters champion returns to the sport he has decimated over the last quarter century for the first time in 17 months.

In between his last round of competitive golf at the Masters in November 2020 and this first round of the 2022 Masters, Woods had yet another back surgery and nearly lost his leg. So, what did he do after a year and a half off from pro golf at the highest level? He went out and shot a 1-under 71 to beat the field average by three, of course.

Given Woods’ stature (the best player ever), what he’s accomplished at Augusta National (five green jackets, no missed cuts in 21 tries as a pro) and the adversity he’s faced (“stuff … that I don’t wish on anyone” ), it’s a 71 that will go down as one of the most remarkable rounds in Masters history.

On paper, it’s a fine score at a great tournament that could lead to something even better later in the week. Paper is void of context, though, and the contextualization of a man who almost needed a prosthetic leg to ever walk again is required.

It felt like living history from the first tee shot. Thousands of patrons lined the first hole at Augusta National to watch the 973rd-ranked golfer in the world hit his first official shot in over 500 days. Tiger delivered early with a long walked-in by putt that revved up the rolling gallery and seemed to energize somebody who certainly didn’t need much more adrenaline.

After five consecutive pars to start his round, Tiger nearly stared an ace into the hole at No. 6 and moved to red numbers for the first time in in 100 weeks. A sloppy bogey at the par-5 8th pushed him back to even as he closed out his first nine and marched toward a nine-hole stretch down the back side of Augusta that has made him as famous as he has made it.

Three more pars to start that side before an easy birdie at No. 13 and a bogey on No. 14 that came as a result of a pulled drive. Tiger only hit nine fairways on the day, and his driver was often more useful to him as a walking apparatus than it was as a tool to pound his ball around Augusta National.

Tiger saved a ridiculous par on the par-5 15th after his first two shots were left and even more left. On the par-3 16th, he hit a handsome shot to the back right shelf that was better than it probably looked on ShotLink. As he strode to the 16th green, the patrons lining that hole stood one after the next — as if doing the wave from tee to green — to applaud him. Not for the shot he had just hit but because they knew how preposterous it was that he was hitting shots at all just over a year removed from a hospital bed.

“If you would have seen how my leg looked to where it’s at now, the pictures — some of the guys know. They’ve seen the pictures, and they’ve come over to the house and they’ve seen it,” said Woods after his round. “To see where I’ve been, to see — to get from there to here, it was no easy task.”

Tiger gave the gallery what they came to see with perhaps the purest putt he hit all day, one he punctuated with a right-hand pump for birdie. It sounded like he’d just taken the lead on a Saturday afternoon. One straightforward par and one miraculous save later, and Woods pulled off a 71 that won’t receive second glances in his eventual annals but still left your jaw on the floor if you witnessed it as it happened.

Woods looked tired as he closed out his round, which is exactly how you would expect a man whose body seems twice as old as his birth certificate says to look after a jaunt around a mountainous old nursery. His game also looked like he hadn’t held a pencil and a scorecard in his hand since before Thanksgiving 2020.

There were attempted, almost plucky strokes with the big clubs that he had to cover up around and on the greens with a pair of hands that have held every meaningful golf trophy that has ever been made.

It was a 71 that a less-experienced, more impetuous player would have turned into a 75.

“To play this golf course and to do what I did today, to … hit the shots in the right spots — I know where to hit it to a lot of these pins, and I miss in the correct spots and give myself good angles,” said Woods. “I did that all day, and I was able to make a few putts and end up in the red like I am now.”

Tiger was three back entering the clubhouse and will be four back ahead of Round 2. He’s not likely to win this golf tournament because the subdued hitch in his gait on Thursday afternoon could turn into a full limp by the end of the week. Plus, he’s dodgy enough off the tee that not even Seve Ballesteros’ short game in his prime could shoulder that load for 72 holes.

However, with the spectacular performance he put on Thursday, Woods proved two things.

He can make the cut and work his way into contention at this tournament. Woods beat the man he took to Augusta National last week, Justin Thomas, by five strokes on Thursday after JT spent the first three months of the year looking like the best ball-striker on the planet. Tiger can and will beat enough of this field through 36 holes to spawn an iota of hope going into Saturday morning.

He also proved something more meaningful that he’s proved seemingly every year since he won this tournament 25 years ago. Woods clawed his way back from a hospital bed to a wheelchair to laying on his back in his palatial backyard listening to the birds chirp to blocking those same creatures out on Thursday as he unloaded every ounce of intellect, stubbornness and skill he has remaining in his body.

“[Walking the course] did not get easier, let’s put it that way,” said Woods. “I can swing a golf club. The walking’s not easy, and it’s difficult. As I said with all the hard work, my leg, it’s going to be difficult for the rest of my life. That’s just the way it is, but I’m able to do it. That’s something I’m very lucky to have this opportunity to be able to play, and not only that, to play in the Masters and to have this type of reception. I mean, the place was electric.”

In executing this masterful performance, Tiger reminded us that never before in sport has any man’s will to be so great at one thing been this high. His desire to perform and compete is double that of men half his age who haven’t accomplished 10% as much.

To watch Woods conceal an injury that has to be destroying him from the inside and gut out a 71 that would have felt like a miracle as recently as a month ago is to watch someone triumph over all the external forces screaming at him that he’s done enough .

It would certainly have been easier for Woods to sit at home with his family to watch this Masters and text JT embarrassing GIFs after his ghastly 76 on Thursday.

In showing up, he overcame a lot, but in doing so, he also chose the more difficult route. Tiger picked the path that included more suffering and more frustration and more pain because he’s obsessed with the game and with bending it to his will.

Will Thursday’s 71 tell that story 50 years from now? It’s impossible to say. But if you witnessed or watched Woods’ round, you’ll remember it as one that was bigger than the day and the week. it was (another) performance from him that you’ll simply never forget.

Watch the 2022 Masters streaming live through Sunday with Masters Live as we follow the best golfers in the world throughout Augusta National with Featured Groups, check in at the famous Amen Corner and see leaders round the turn on holes 15 & 16. Watch live on CBSSports.com, the CBS Sports App and Paramount+.