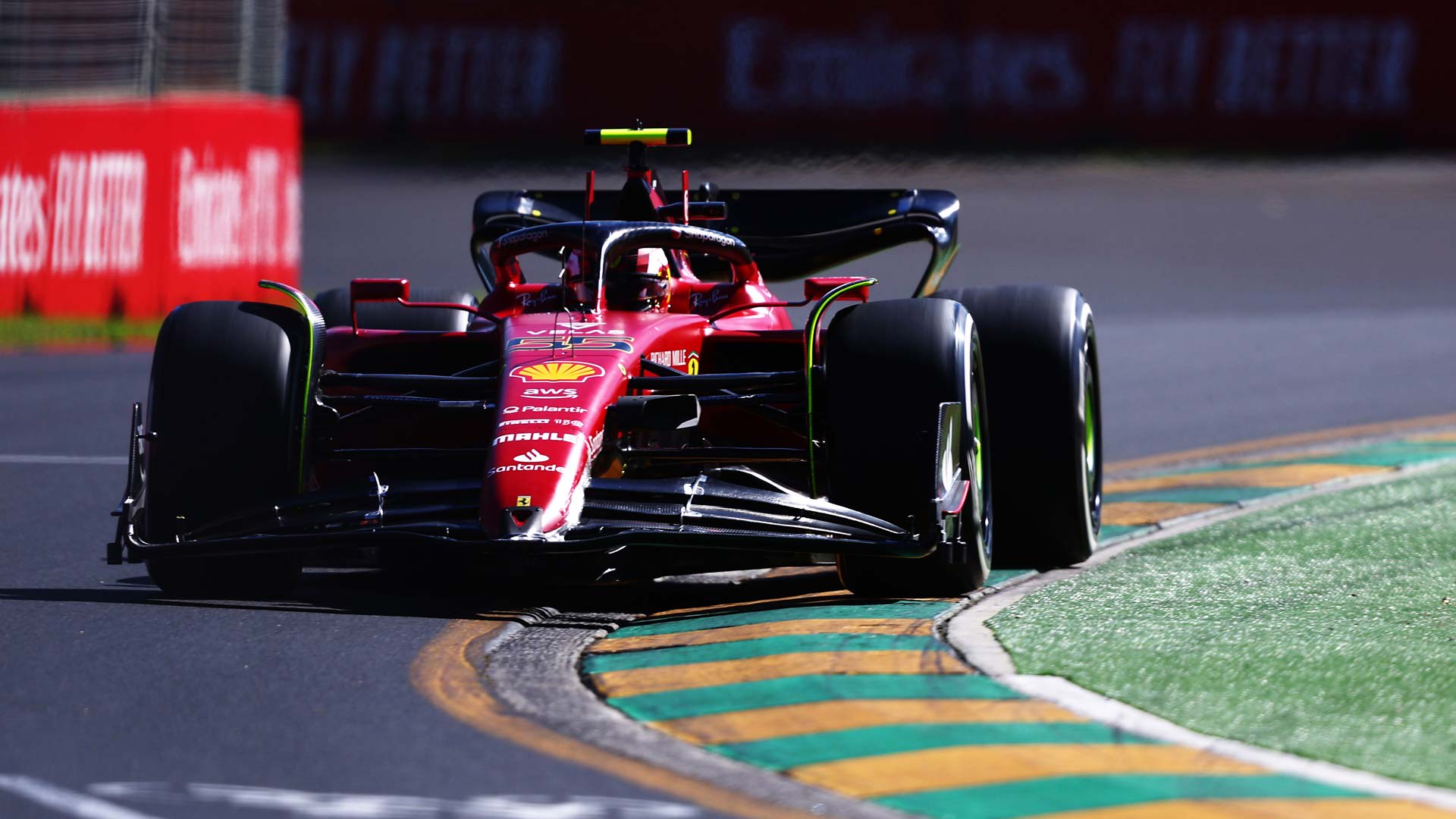 Ferrari kicked off their weekend in style as Carlos Sainz set the pace in first practice for the returning Australian Grand Prix, with team mate Charles Leclerc slotting into second.

The Spaniard clocked a 1m 19.806s on Pirelli’s softest tire – the C5 – with Leclerc 0.571s adrift, the championship leader having run into the gravel on his out-lap and then backing out of his second attempt.

Red Bull’s Sergio Perez – who caused one of two red flags when he lost a piece of bodywork – was third with a late quick lap on the soft, a couple of tenths ahead of team mate Max Verstappen, though the reigning champion set his quickest lap much earlier in the session.

McLaren showed a surprising turn of pace, after a challenging start to the season as they battle to get on top of a front axle issue, with Lando Norris in fifth and home favorite Daniel Ricciardo eighth.

Alpine’s Esteban Ocon was sixth, a fraction clear of Lewis Hamilton in the leading Mercedes at Albert Park, which features several corner changes for this year and has been resurfaced for the first time since F1 started coming to Melbourne in 1996.

Fernando Alonso popped his Alpine into ninth (behind Ricciardo) in the closing stages, with Alfa Romeo’s Valtteri Bottas completing the top 10 that was split by 1.441s.

READ MORE: Russell says Mercedes have ‘a lot of lap time on the table’ once car is optimized – but no upgrades due for ‘a number of races’

The AlphaTauri of Yuki Tsunoda – making his debut on this track and with just one simulator session of the new layout – was 11th, on a track that will this weekend feature four DRS zones, which is a Formula 1 first.

Mercedes’ George Russell was 12th ahead of Sebastian Vettel, who brought out a red flag late in the session when his Mercedes-powered Aston Martin lost power with just 18 laps on the board. It was a frustrating end to a session with the German hoping for plenty of mileage after missing the first two races with Covid-19.

AlphaTauri’s Pierre Gasly was 14th, ahead of Zhou Guanyu – one of four drivers, along with Tsunoda, Nicholas Latifi and Mick Schumacher, who hasn’t driven Albert Park – 15th.

Haas looked off color after a strong start to 2022 with Kevin Magnussen, who arrived at the track late after experiencing some nausea overnight, 18th, and team mate Schumacher 20th – 4.543s off Sainz’s P1 pace.

The second practice session follows at 1600 local time, but will Ferrari continue to have the edge in Melbourne?