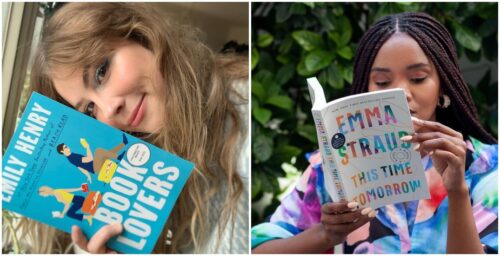 With more than three hundred titles passing through our inbox this past month, curating the list for May wasn’t easy. But rest assured, we’re bringing you the absolute best.

Headlining this month is New York Times bestselling author Emily Henry and her new novel, Book Lovers. Also on the list for May, we have debut Canadian author and lawyer Reema Patel and award-winning writer Colin Barrett.

Joining the lineup is a bookstore owner and author extraordinaire Emma Straub and Vancouver-based ER physician Daniel Kalla, who also happens to write bestselling thrillers in his free time.

These are 15 books we recommend this month. 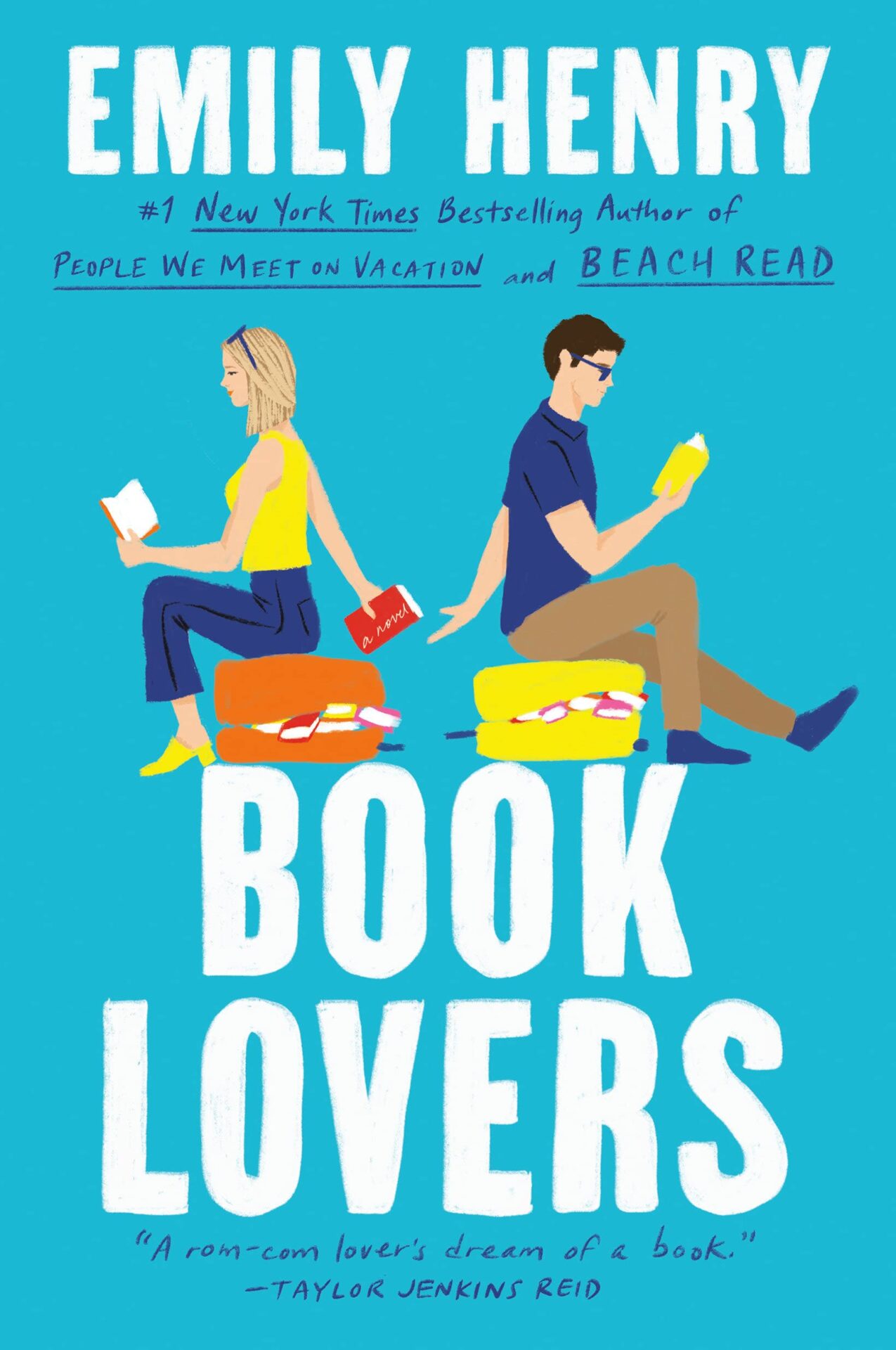 Henry seized our attention with Beach Readan instant New York Times bestseller. The author gained a mass following who toppled over sideways to purchase her next release, People We Meet on Vacation. Two of our all-time favorite summer reads.

Book lovers (if we dare say so) and everyone who loves a great romantic comedy will be thrilled to hear of Emily’s latest book. Set against the backdrop of NYC, we meet Nora Stephens, a cutthroat literary agent and champion for her authors. When her sister suggests a trip out of town, the two wind up in North Carolina, where Nora finds herself bumping into Charlie Lastra, an arrogant editor from back in the city. As time goes on, it turns out these two have more in common than they thought.

Such Big Dreams by Reema Patel 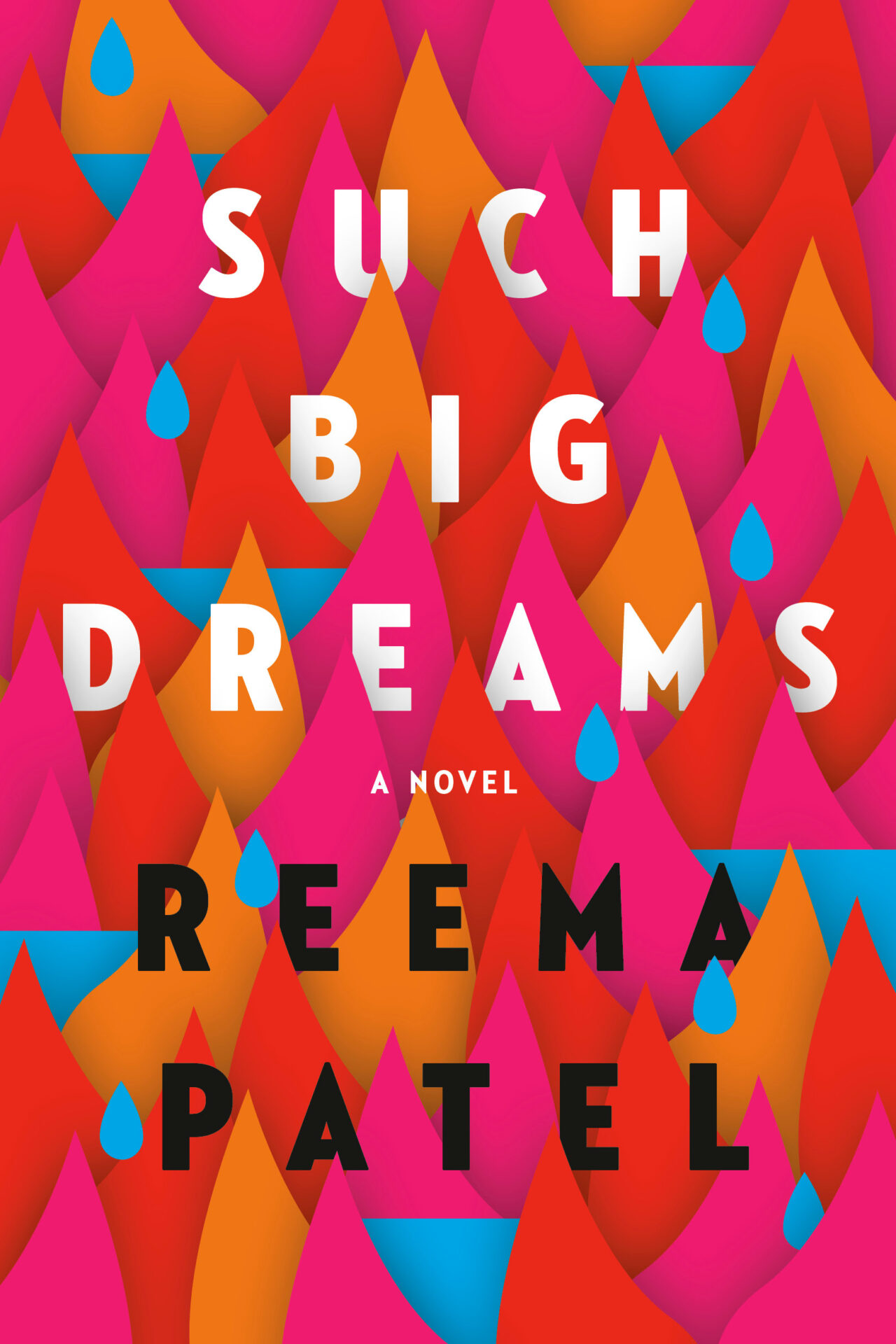 Named a CBC Canadian Fiction title to watch, Toronto-based Reema Patel’s debut is marvelous. The book takes us on a journey to Mumbai, where we follow Rakhi, a former street child working at a human rights law office called Justice for All. Rakhi spends her days working and nights living alone in a Mumbai slum.

An old Bollywood starlet comes on the scene and tries to edge her way back into the limelight by becoming an ambassador for the office, and with her, she brings someone who will change the outlook of Rakhi’s future. Patel’s novel is richly atmospheric and filled with ambition, emotion, and depth.

ANNA: The Biography by Amy Odell 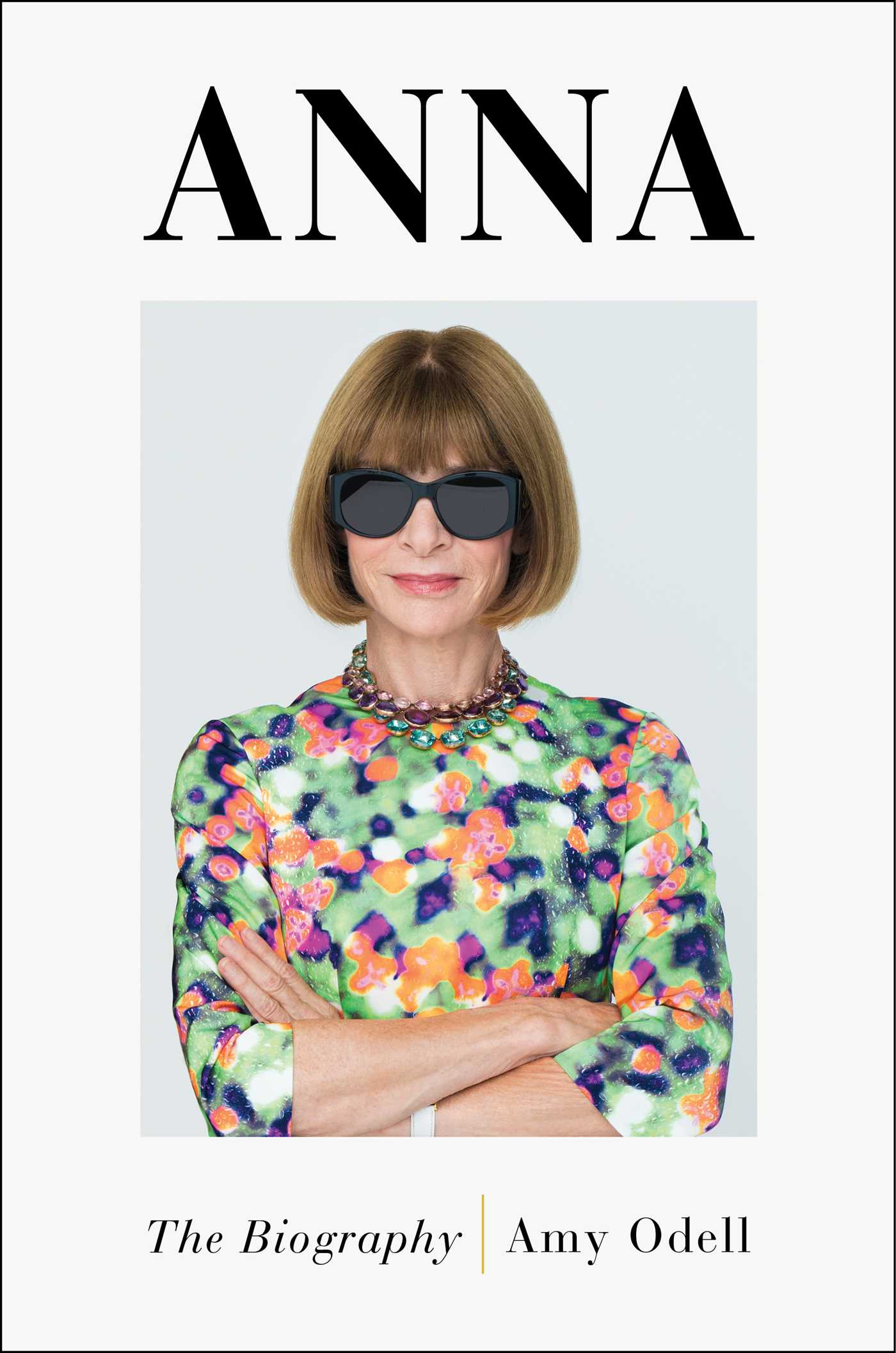 Amy Odell is a seasoned fashion journalist who once wrote about what it was like to interview with Anna Wintour for the NY Post. ANNA is the definitive guide to one of the fashion industry’s most powerful people. Odell takes us back to Wintour’s childhood, where believe it or not, she had no interest in fashion.

Her father, an influential newspaper journalist, decided she should become the editor of vogue. Anna never looked back. She started as Editor-in-Chief of British Vogue in 1986 and has been with Condé Nast since. Odell’s biography is based on extensive interviews with those closest to Wintour and is, without a doubt, the most revealing portrait of her ever published.

What We Both Know by Fawn Parker 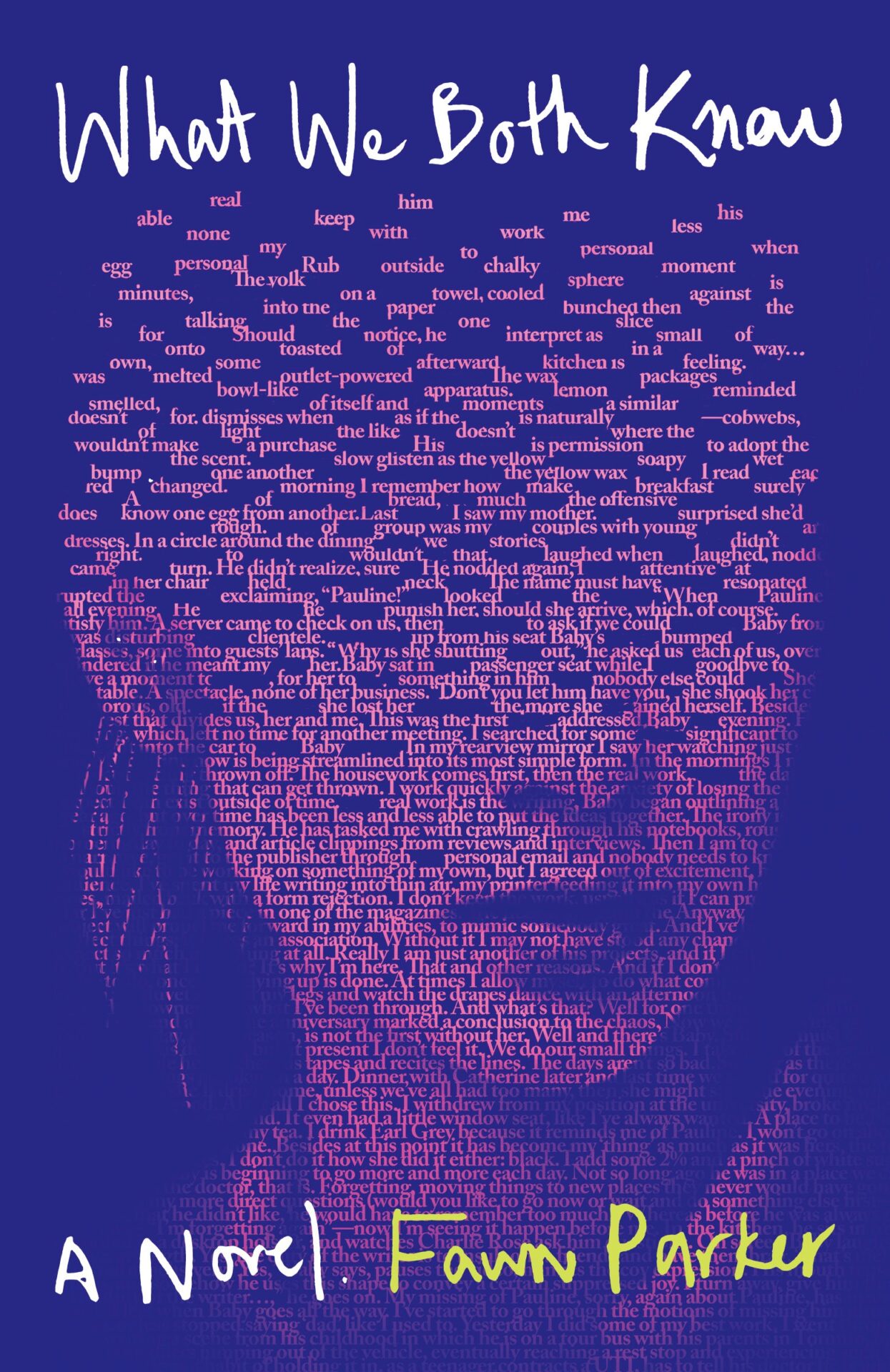 Hillary Greene takes care of her father, a once celebrated author who is losing his memory. As his primary caretaker, and a writer herself, she agrees to complete his final work – a memoir spanning his career. While looking at his past, a horrifying truth comes to light. Hillary must ask herself – is she willing to reveal her father as a monster or preserve his legacy as a literary icon. 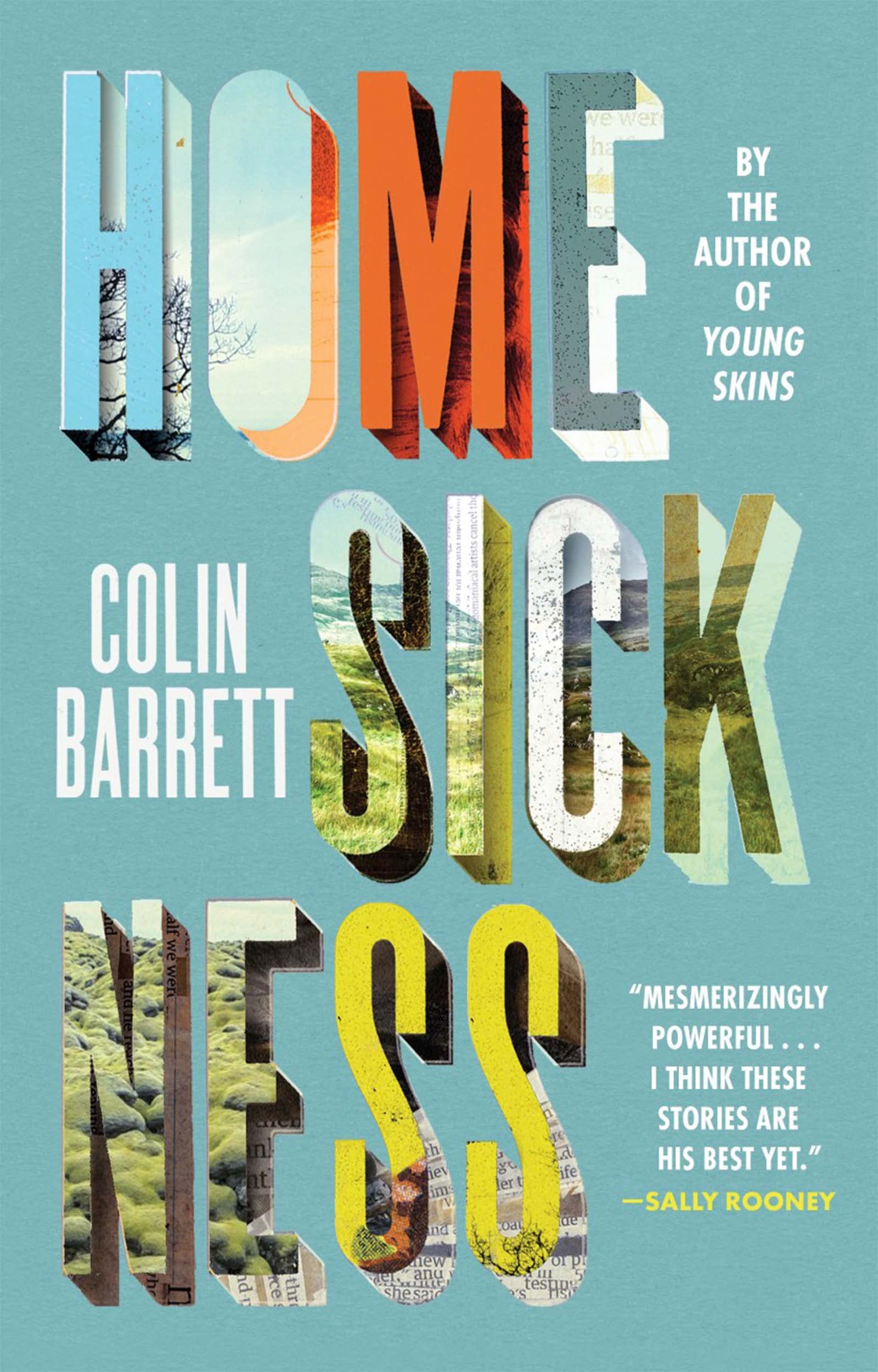 The highly anticipated follow-up to Barrett’s award-winning Young Skins, this collection of eight character-driven short stories showcases Colin’s brilliant writing. Filling the pages are tales like A Shooting in Rathreedanewhere we meet a policewoman confronting her own existence and The Low, Shimmering Black Droneabout an aspiring writer in Edmonton grappling with his father’s cancer diagnosis amid the pandemic.

This Time Tomorrow by Emma Straub 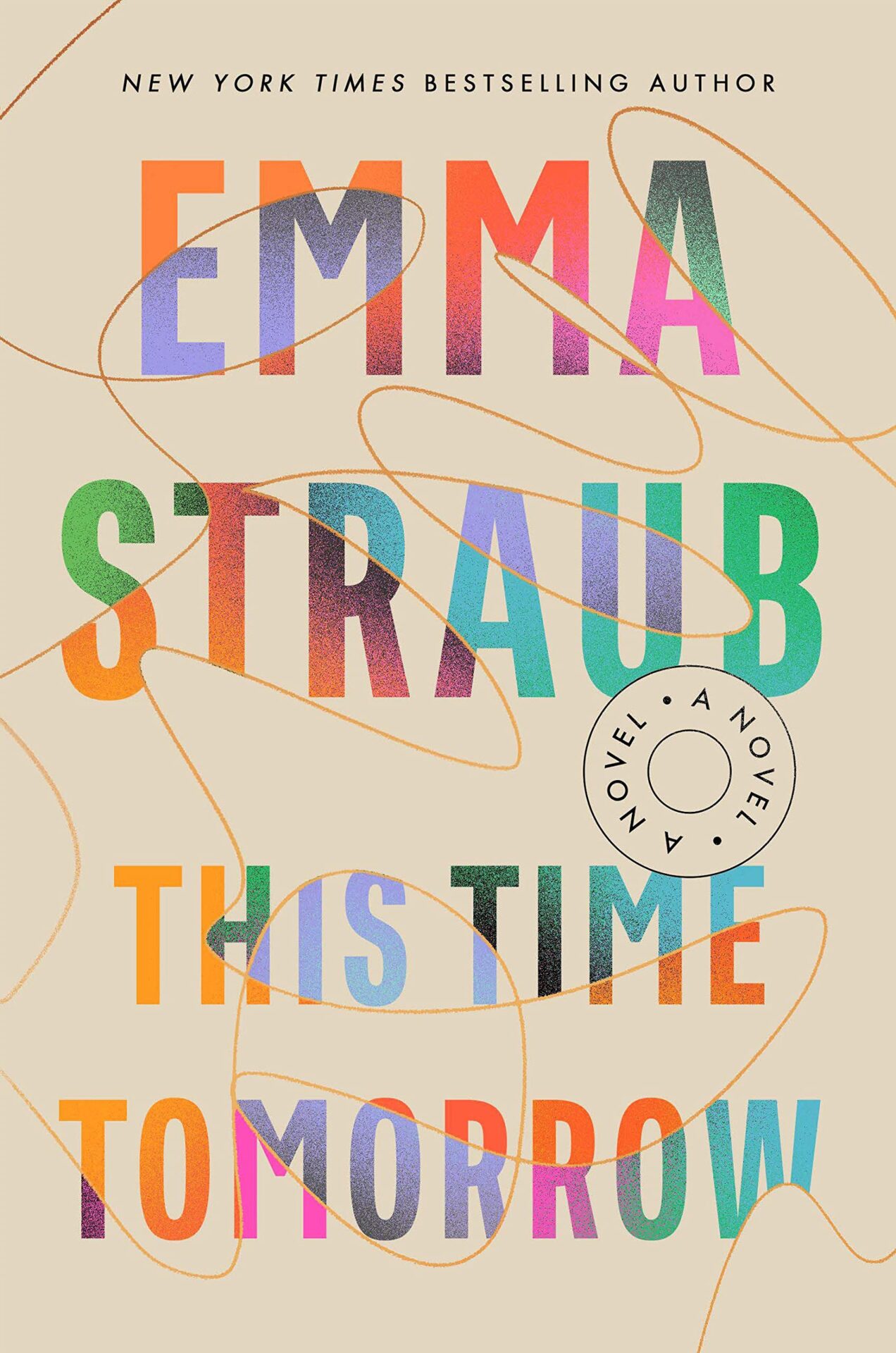 Tea New York Times bestselling author of The Vacationers and All Adults Here is back with a spectacular tale about time travel. Thirty-nine-year-old Alice lives a pretty decent life. She likes her job, has a nice apartment, and even has a ride-or-die best friend. The one thing she craves most of all, though – her father – is out of reach.

Alice wakes up the next morning in 1996, back in her 16-year-old body where she’s reunited with her charming dad. With themes of family, friendships, and second chances, This Time Tomorrow is Straub’s best work yet.

The Summer Place by Jennifer Weiner 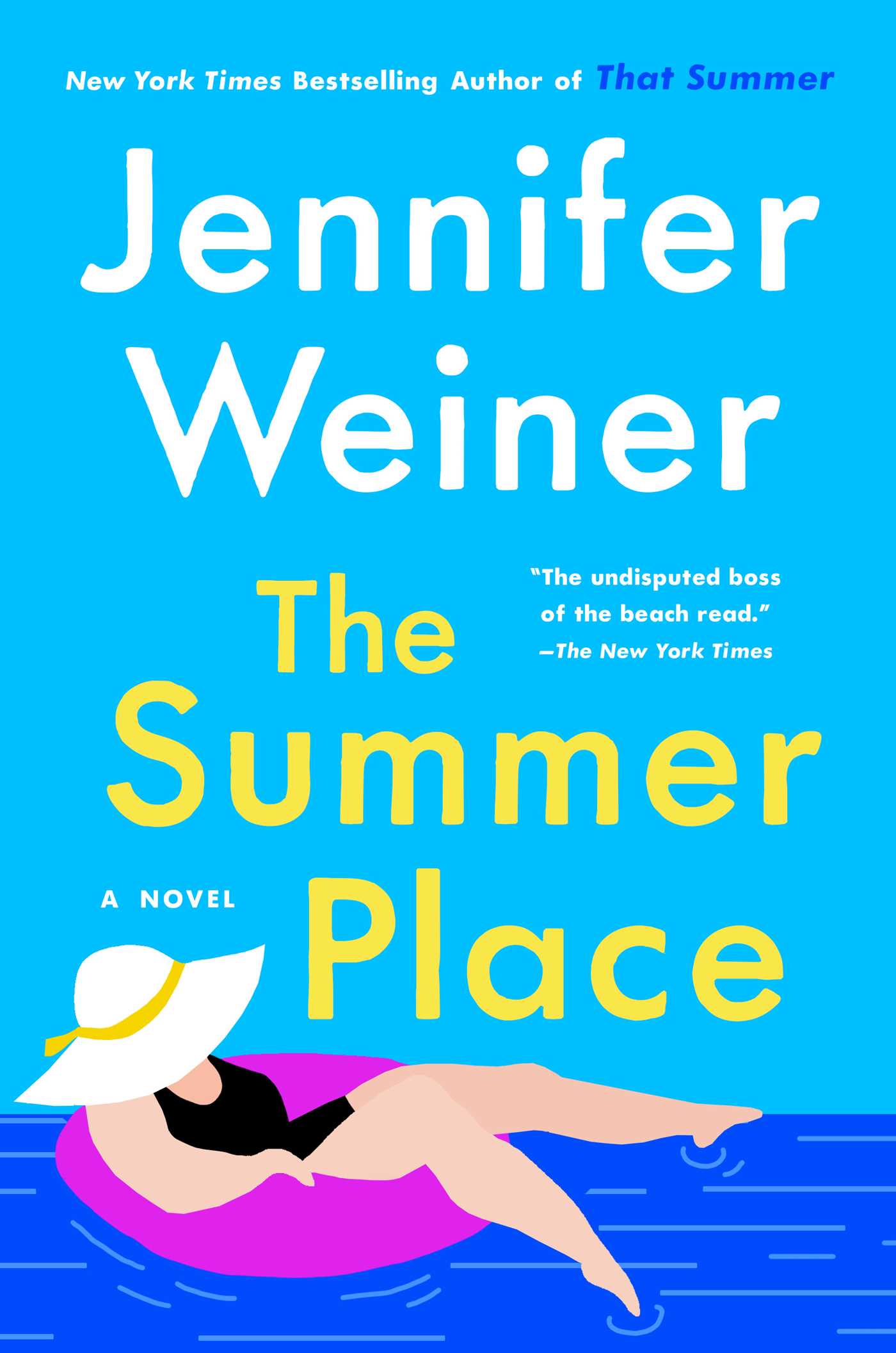 Grab a spot in the sun and plenty of SPF because Weiner’s latest release is unputdownable. Meet the Danhauser family – like many, they’re dysfunctional, but their love for one another is unrelenting. Young daughter Ruby announces her upcoming wedding to the family just three months ahead of the ceremony. When the big day arrives, all in attendance are revealed as their true selves while long-kept secrets come to light. 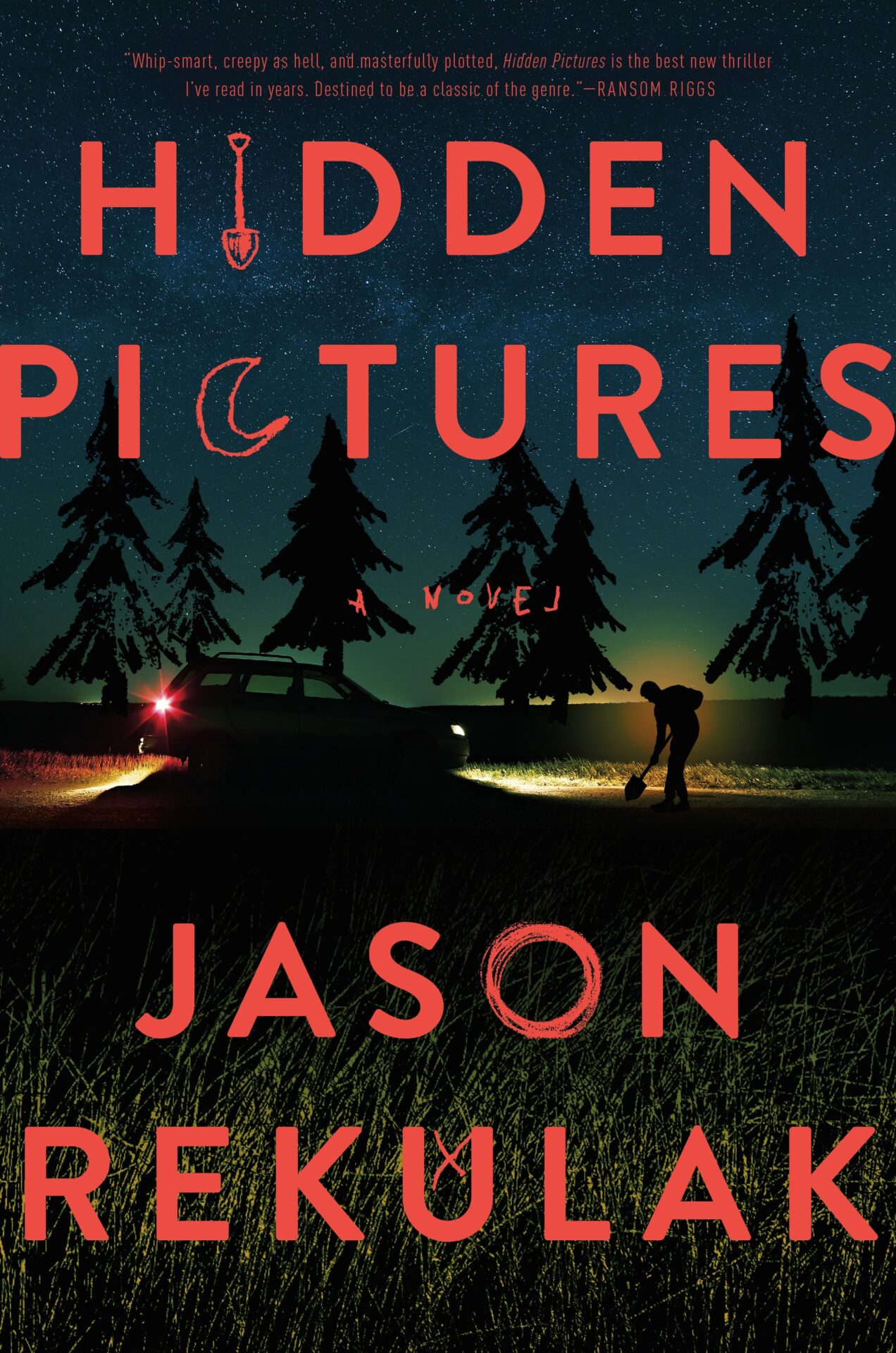 With advanced praise from Stephen King, who said he “loved it,” Jason Rekulak’s supernatural thriller had us on the edge of our seats. Mallory Quinn is fresh out of rehab and takes a job looking after Ted and Caroline Maxwell’s son, Teddy. She takes a liking to the young boy right away and feels at home and stable in her new surroundings.

One day, out of the blue, five-year-old Teddy draws a disturbing picture of a man in a forest dragging a woman’s lifeless body. His artwork becomes increasingly alarming, and Mallory sets out to uncover the mystery behind it.

Son of Elsewhere by Elamin Abdelmahmoud 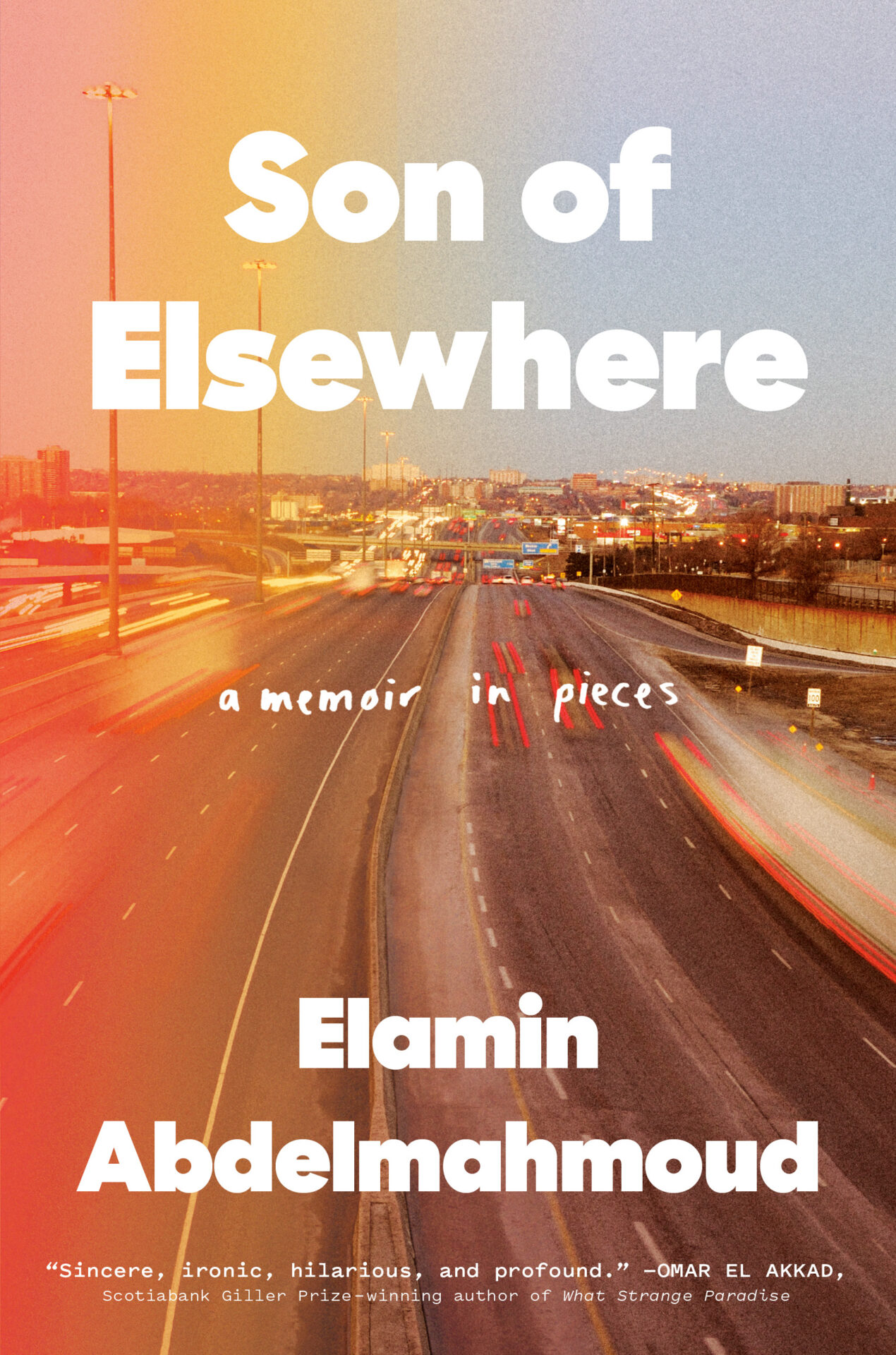 Well-known Canadian culture writer Elamin Abdelmahmoud brings forth a unique offering this month with his spellbinding collection of essays. The host of CBC’s pop culture show pop cat arrived in Canada at the age of 12 from Sudan and spent many years trying to relate to his white peers.

Son of Elsewhere is a story of wishing to belong in a time and place where Elamin encountered barriers, but also a tale of overcoming and the surprising ways of acceptance can be found. 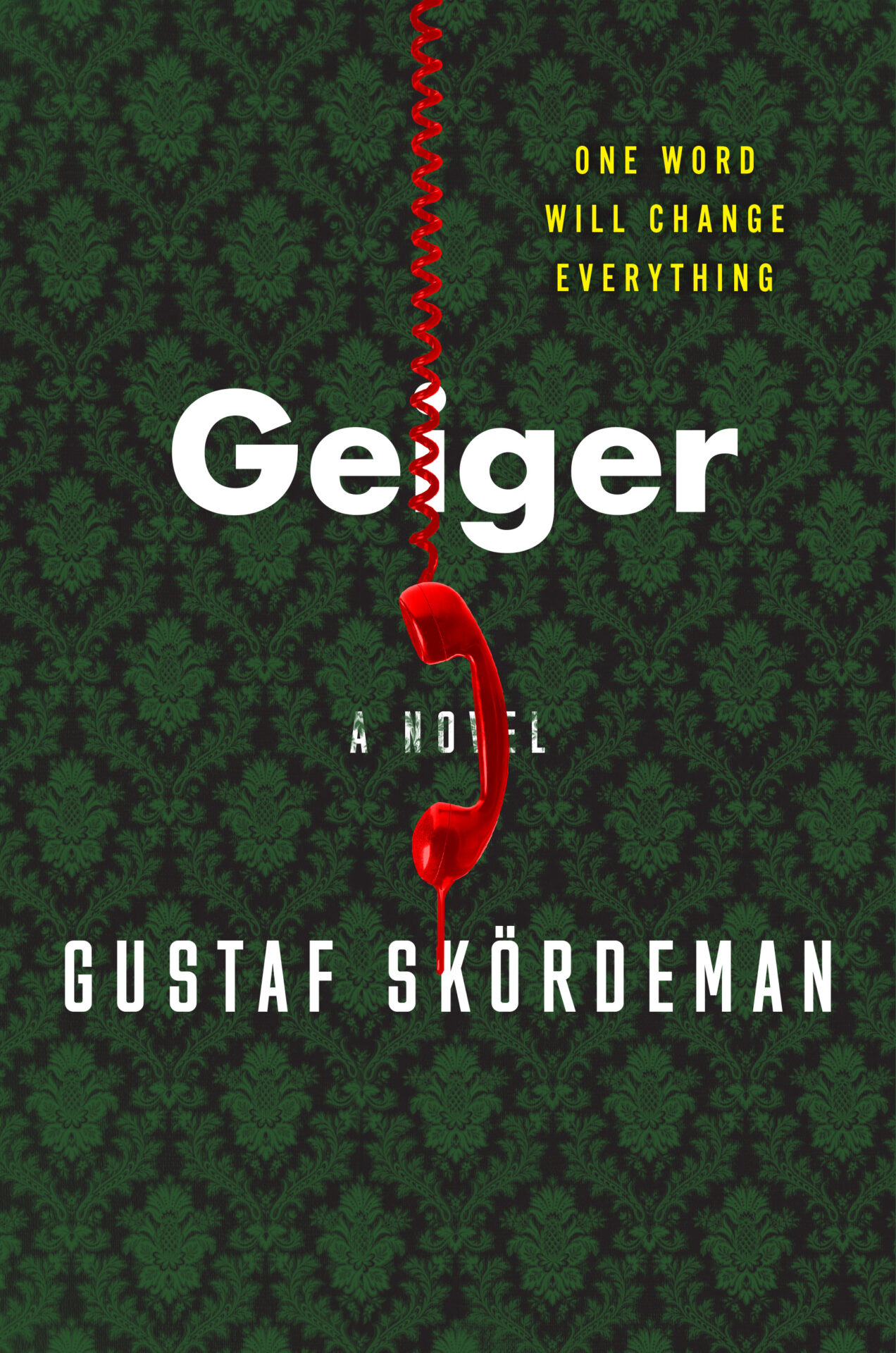 The landline rings one day at the home of husband and wife Agneta and Stellan Broman. “Geiger,” the anonymous caller says. Agneta hangs up, kills her husband, and disappears forever. Officer Sara Nowak, who grew up next to Stellan, appears on the scene and gets involved in the investigation.

What transpires leads back to the Cold War and reveals truths about Sara’s childhood. Madly unsettling and wildly adventurous, Skördeman’s debut is a home run. 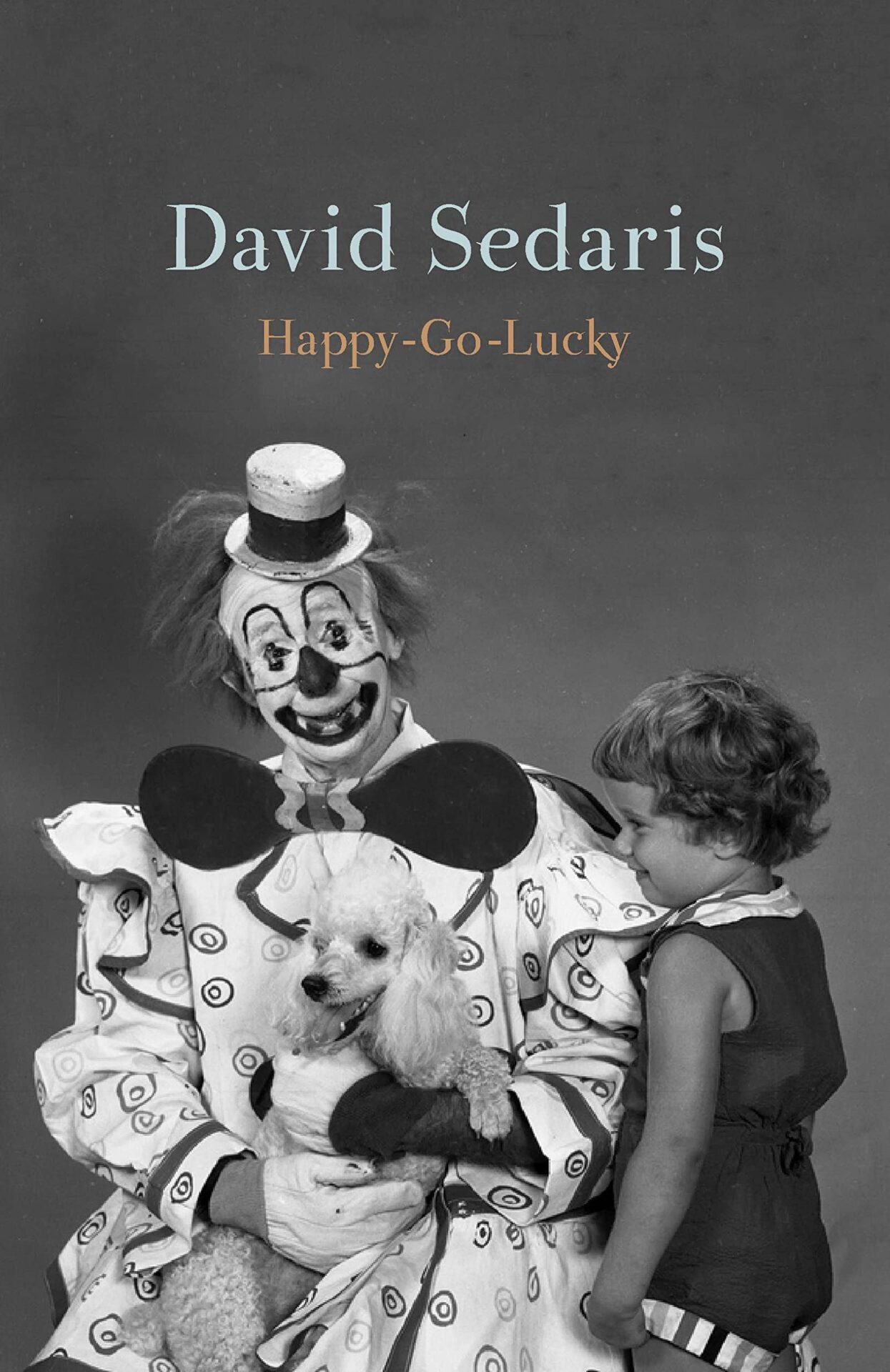 Beloved writer David Sedaris has sold more than 12 million copies of his books and is one of America’s most widely read authors. Happy-Go-Lucky is a wonderful collection of essays exploring life during lockdown.

Sedaris, who is used to touring the world and reading for audiences, is adjusting to a new kind of living – which includes vacuuming his apartment twice a day and contemplating how sex workers and acupuncturists might be surviving the pandemic. With his classic wit and literary talent, David will capture you from start to finish.

In Praise of Paths: Walking Through Time and Nature by Torbjørn Ekelund 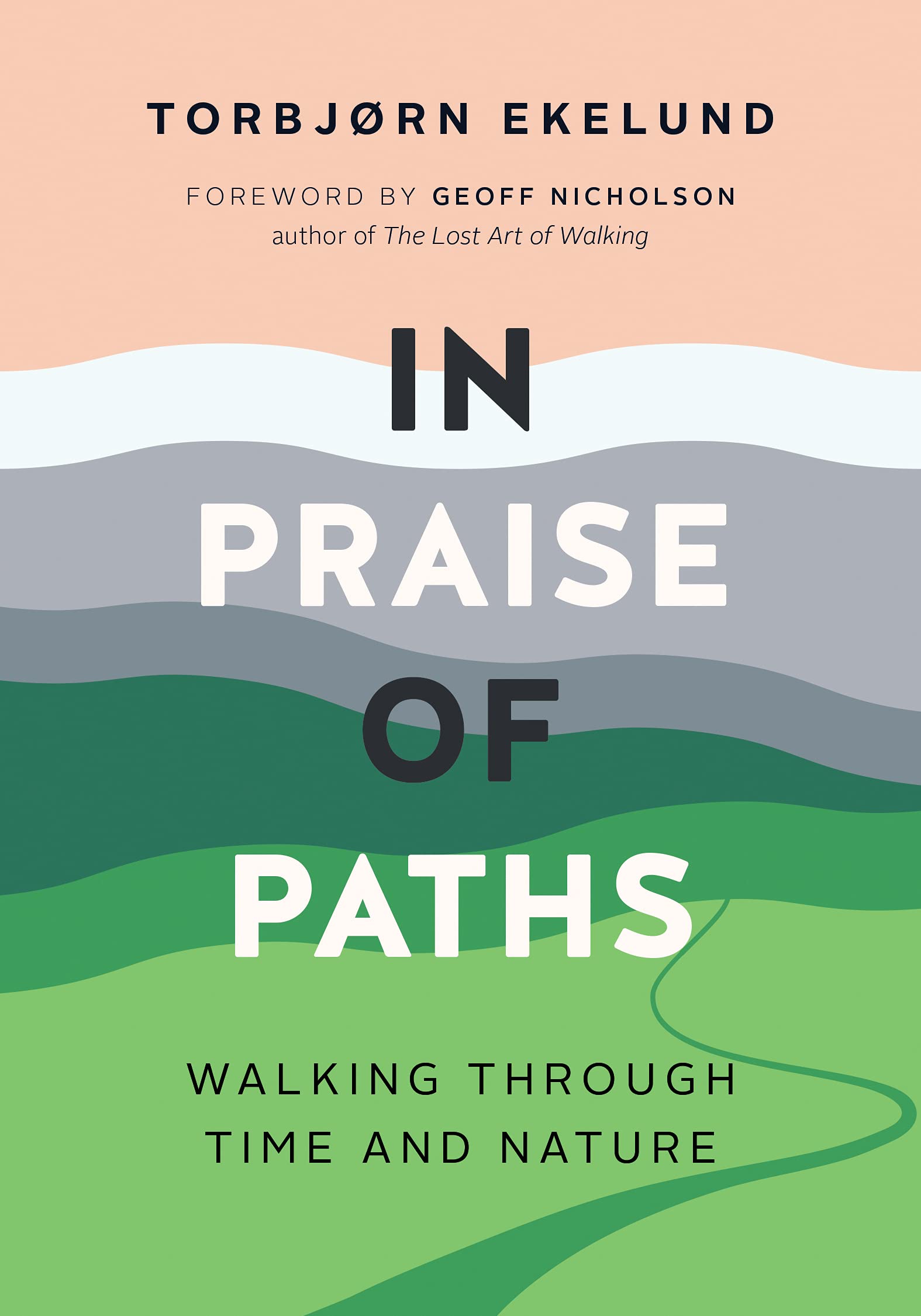 Originally released in 2020, Torbjørn Ekelund’s debut is coming out in paperback this month. It’s with vivid descriptions and striking prose that the Norwegian author will transport you directly into nature. After an epilepsy diagnosis affected his ability to drive, the writer started to walk just about everywhere. He chronicled his journeys on the trail and transformed it into this stunning book. 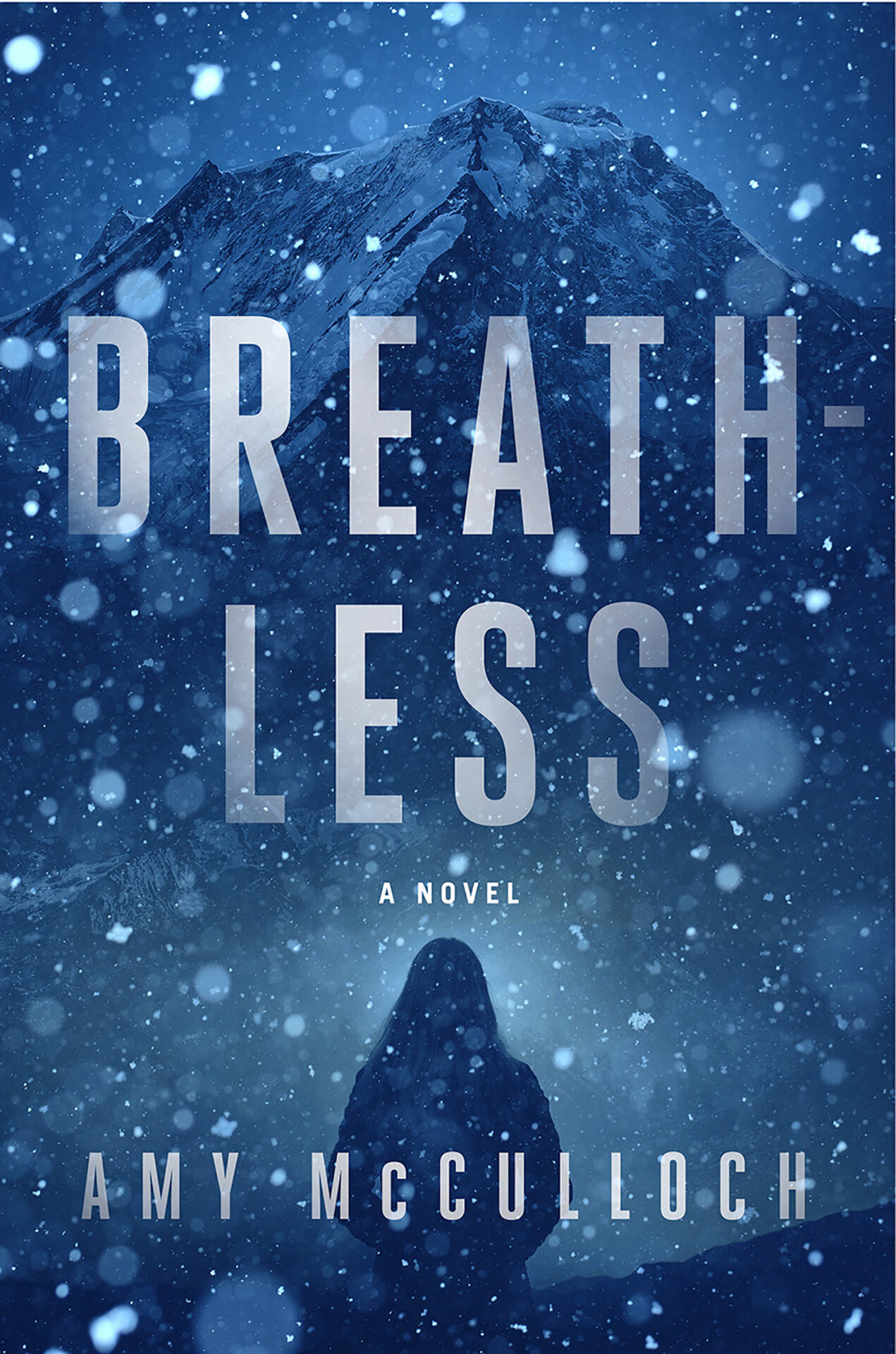 Amy McCulloch’s thriller follows journalist Cecily Wong on a summit of Mount Manaslu in Nepal, one of the highest mountains in the world. She’s on assignment to interview mountaineer Charles McVeigh. Problem is, he won’t go on record until she’s scaled the mountain.

Suddenly, people around her start to die, and the young writer is stuck battling the elements in an epic fight for survival. At first, it seemed the deaths were accidents, but now it looks like a killer might be on the loose. You’ll be gasping for air by the time you finish this one.

Every Summer After by Carley Fortune 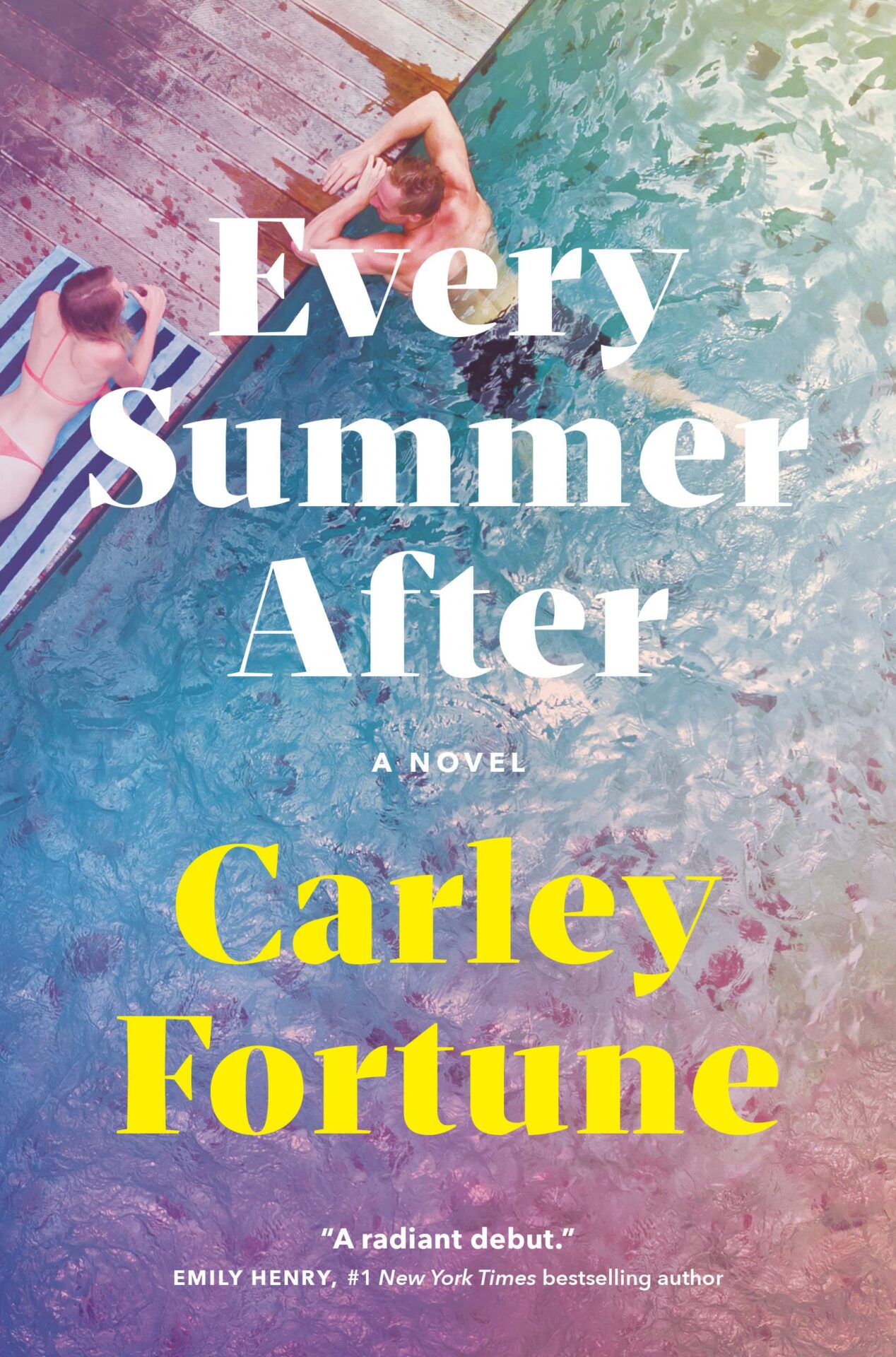 Told over the course of six years in the past and one weekend in the present, we follow a young woman named Persephone and a man she thought she’d never have to live without.

Darkness in the Light by Daniel Kalla 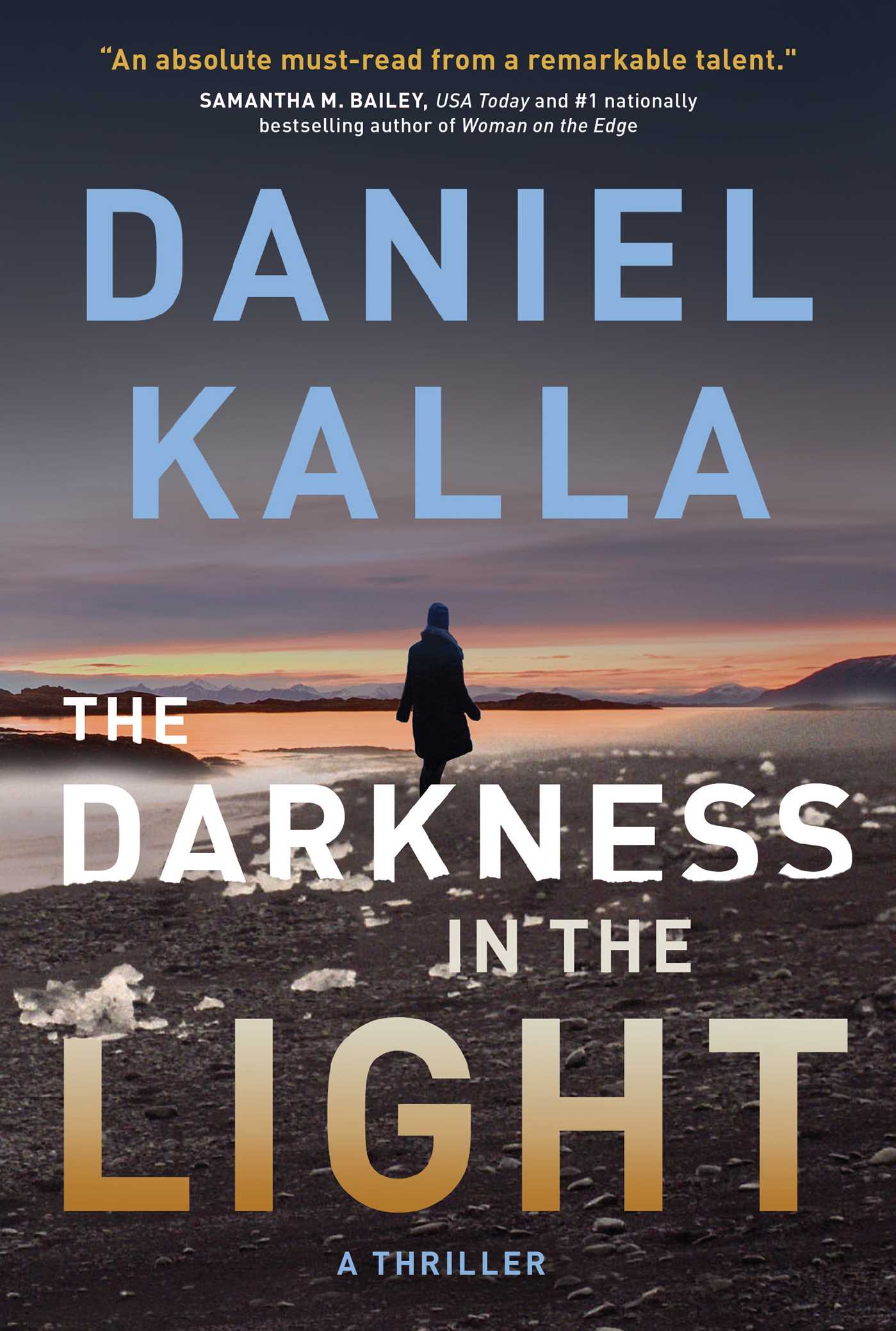 Dr. Kalla, could we get a pulse check over here? That’s right, folks, the latest from internationally bestselling author Daniel Kalla will have your heart pounding and your mind going into overdrive searching for clues.

Dr. David Spears’ patients are dying. He wonders if they’re suicides related to a new antidepressant or if there’s something more sinister at play. The master Kalla, having crafted more than 10 suspense novels, keeps us guessing throughout this book.